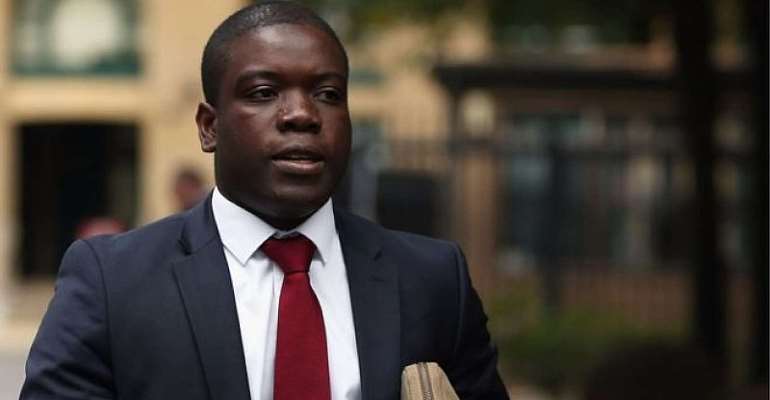 His breakthrough came in 2010, when he was promoted to director, with a total annual salary of almost £200,000. On September 10, the Scotland Yard Police in the United Kingdom will deport Ghanaian born British former trader Kweku Adoboli.

He will be deported because of his role in a £1.4bn fraud at Swiss bank UBS.

Kweku was convicted in 2012 and he served four years out of a seven year sentence in which he was released in 2015.

Kweku Adoboli was born to John Adoboli, a senior United Nations official in Tema, Ghana. He moved to the UK at age 12 He attended Ackworth School in Pontefract, West Yorkshire.

In 2000, after finishing school, he enrolled at the Chemical Engineering Department at the University of Nottingham, but switched to E-commerce and Digital Business Studies.

He rose through the ranks and he was elected as the Communications Officer of University of Nottingham Students' Union.

After completing Nottingham University in 2003, Adoboli joined UBS's London office as a graduate trainee in September 2006.

Having worked for two years as a trading analyst in the bank's back office, he was promoted to a trading desk.

His breakthrough came in 2010, when he was promoted to director, with a total annual salary of almost £200,000.

However, Adoboli's troubles started right after the promotion by engaging in unauthorised tradings and inside bettings that cost UBS billions of pounds.

Kweku Adoboli entered false information into UBS's computers to hide the risky trades he was making and regularly exceeding the bank's per-employee daily trading limit of US$100 million.

In mid-2011, UBS launched an internal investigation into Adoboli's trades. He was arrested by City of London Police. He was charged with two counts of fraud by abuse of position and four counts of false accounting. He was in prison on remand until 8 June 2012, when he was granted bail subject to being electronically tagged and placed under curfew at a friend's house.

Adoboli has described his intended deportation as racism. He told the BBC: "The fact that I was born in a different country and have different-coloured skin became part of the labelling process”.

Though he has lived in the UK since 1991, his decision not to seek British citizenship gave the British Home Office's policy of deporting any foreign national who has been given a sentence of more than four years.