Not Too Broken To Be Loved 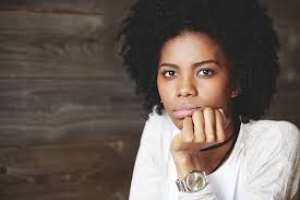 Your relationships are only as good as what you feed your mind ”“ unknown.

Sometimes, we walk through life with our heads down, not knowing what to do with ourselves or how to go about our daily lives, not thinking we’re good enough for nothing and nobody, feeling undeserving of true love because we are consumed with negative views and opinions of who we are and how we expect our lives to be.

Having a positive outlook of life begins with your inner-man, i.e. your mind, it has been programmed in such a way that it processes and outwardly reflects whatever you feed it which in turn becomes your identity and automatically influences your relationships with others in every aspect of your life.

Take a look at this story; a young lady fell helplessly in love with a gentleman she’d been friends with for years. Everything happened naturally and soon they started a relationship which lasted for three (3) good years. She had a hell of a past [who doesn’t?] and she opened up to him about it in bits out of fear of being rejected. He had a past too but never really opened up about it to her; all she got to know was how he was deceived by some ladies in the past. Within the dating period there were series of arguments, misunderstandings mostly surrounding the lady’s dating history and lies being told to this gentleman about his woman. The lady was often made to feel like she had to do everything for this gentleman to see her worth and understand that what she felt for him was genuine and that he was not an option to her. She was always made to feel like she wasn’t really worth his time and attention or even respect. He always blamed her for almost every mishap and if she dared to defend herself or make him see the bigger picture he would go off on her for days and refuse to see her for weeks; It seemed like her every effort was slapped in her face. The more she tried, the more she got hurt and was made to feel like all she brought to the table was stress, anger and negativity. He finally broke it off with her bluntly through a text message, and told her that all she ever did was to make him feel angry and get him verbally abusive. She has since been seeking help from counselors and psychologists just to get back up again because she was heartbroken and had put her all into the relationship.

Now this is just a paragraph from a story a reader shared with me. How would you analyze this? What conclusions were you able to draw?

The guy in this scenario has had his fair share of deceit from ladies in the past which has made him untrusting, doubtful and always looking out for the worst even when there’s none. The lady here has her heart set on this guy ONLY and has pushed away every suitor for his sake. What’s the problem? In the guy’s mind, every lady is out to hurt him; every lady has something shady up her sleeves. He has successfully programmed his mind to think that he’s not worth being loved and that has become who he is. So he was presented with real love and he couldn’t even see it. He also gave room for others to shower some rains on the negative seed he had “unknowingly” sown in his mind regarding his relationship. P.s Men do get hurt too but are too proud to show it to give room for corrections and healing.

My deductions? Well, until he gets up one day and decide to break out of the chains he keeps holding himself back with, till he decides to offload all those negative memories from his past and open himself up to a whole new life of positivity in addition to feeding his mind with goodness and uplifting energy, he’ll keep wrecking every relationship he finds himself with. He can’t keep making excuses for his actions forever and if he does, he would never feel good enough for any woman for the rest of his life. But there’s certainly hope! That’s JESUS!

Our world is filled with “hurt people hurting other people.” But pain should never be an excuse to get others totally messed up like you or even worse. Feed your mind with love, goodness and positivity. Get to know people for yourself without settling on your own assumptions, rumors or dwell on your past knowledge of them. Don’t be your own ghost with a double identity who goes around leaving scars behind.

If you aren’t ready for commitment, don’t go creating illusions for people to be in assumed relationships with you only to be shown the exit at the slightest unintended provocation; after all, there’s none perfect. Take time to heal and energize every wire in your mind to be that person who only sees the good in everything, in everyone and in life at large.

Your mind is a powerful tool which can help make and unmake you. No one is EVER too broken to be loved.