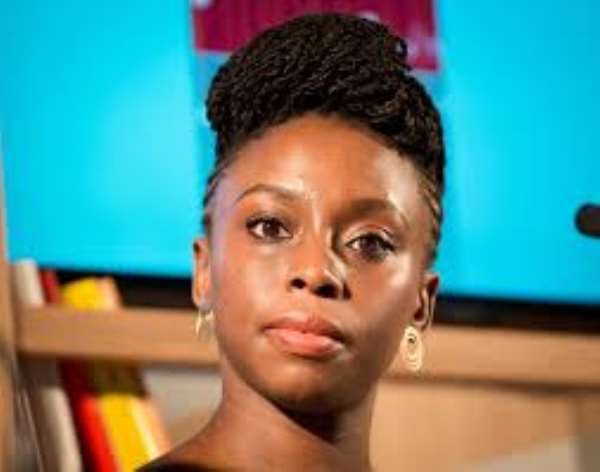 I know it's the 16th of July, but permit me to say happy new month to us all. This is because it's been a while on this platform with each other. How have we been? Well, I've been great but literally very busy for some reasons, perhaps the reason why I've missed posting articles for a number of weeks now.

Before I go into today's topic, permit me to say a huge thank you to individuals that shared and promoted the last post shared on this platform on their social media platforms; the turn over was indeed huge: a million thanks to you all. If you are reading this and you would like to read the last article, you can find the link here .

So on to today's topic- Feminism in Christian marriages today- yay or nay? - what's your take on it? To start with, what is feminism? The English dictionary defines feminism as a "A social theory or political movement which argues that legal and social restrictions on women must be removed in order to bring about equality of the sexes in all aspects of public and private life." From the above definition, what can be said to be wrong with feminism?- I would say nothing. If nothing, why then this article?

Well, this article exists because feminism in some ways can be said to have deviated from it's core. Rather than effect changes in the society regarding laws and policies inhibiting women, it has in some ways turned into a platform whereby women instead of being advocated for as the definition suggests are being masculated. Feminism as it were has turned into different branches, even that that fights for rights that buries the sense of being feminine, advocating for masculinity instead. To this effect, I would like to talk about the act of giving and receiving in relations to dating/marriage. But then, to start with, let's have a look at what Ephesians 5:21- 33 says. it says-

" Out of respect for Christ, be courteously reverent to one another.

Wives, understand and support your husbands in ways that show your support for Christ. The husband provides leadership to his wife the way Christ does to his church, not by domineering but by cherishing. So just as the church submits to Christ as he exercises such leadership, wives should likewise submit to their husbands.

Husbands, go all out in your love for your wives, exactly as Christ did for the church—a love marked by giving, not getting. Christ’s love makes the church whole. His words evoke her beauty. Everything he does and says is designed to bring the best out of her, dressing her in dazzling white silk, radiant with holiness. And that is how husbands ought to love their wives. They’re really doing themselves a favor—since they’re already “one” in marriage.

No one abuses his own body, does he? No, he feeds and pampers it. That’s how Christ treats us, the church, since we are part of his body. And this is why a man leaves father and mother and cherishes his wife. No longer two, they become “one flesh.” This is a huge mystery, and I don’t pretend to understand it all. What is clearest to me is the way Christ treats the church. And this provides a good picture of how each husband is to treat his wife, loving himself in loving her, and how each wife is to honor her husband."

Thank you for reading the long sermon...lol. Now let's go into what I originally wrote before the introduction. Shall we? Here:

In as much as I do not accept unsolicited gifts from men, sometimes I wonder why I crave for it at times and when I receive it, it gives me great joy despite me being an independent woman who works every penny for what she spends. It was in the midst of all that that my mind for reasons beyond my control went to the book of Ephesians 5:21-33.

Then I realized that that was the way women were made. Nothing is wrong with me when in some ways I desire care from the man in my life. I discovered that from the passage, women were made to be loved and cherished by their husbands. God so made the world in a balanced way such that He primarily made the man the giver of gifts, and the woman, the receiver of gifts. So dear woman, in as much as you’ve strove and worked hard to be so independent, nothing is wrong with you when you look up to your spouse for care and attention. Do not allow the world’s standard of feminism rob you of who you are and as a result, make you a man instead of the woman you were made to be.

I must confess that understanding this principle has really helped me to balance well and receive all the care my future husband would have to give me without feeling less than I am, or weak in any way. And times when for some reasons (or even no reason at all) I crave for his future care and attention, I will do it so much with dignity and joy, and not timidity or inferiority as the world to an extent is now making it appear.

The paradox of this however is the fact that men in some ways and for a long time have come to know this secret of creation. As a result, they lure women into them through the means of baits; baits to portray they care and the woman out of simply being a woman falls into the trap and deeds are done.

By nature, gifts or acts of care are grounds through which bonding can occur between a man and a woman because the acts as it were balances each other. As a result, it’s only natural for a woman to feel close in some ways to the man she constantly accepts gifts from.

In as much as gifts in themselves are not bad, because of the vulnerability they bring majority of the time, we must be careful as ladies who we receive gifts from. Men by their nature to provide will always give, and we women by our nature to be cherished and loved after would always want to receive, but because of the abuse that has set in via this nature of ours exposed fully to men, we must be very careful about how and who we accept gifts from to avoid ‘stories that touches the heart’ afterwards.

In all, be open as a lady to receive gifts from your man without any form of being weak or unnecessarily offended due to the inhumane feminist laws and rules flying about. Allow your man to always be your man and avoid the temptation of either stepping into his shoes through absolute independence, or blocking his natural flow with the strength you manage to summon up in the bid to be masculine. Be vulnerable with your man and allow him take great care of you every power and chance he can. But then, on the flip side, we as ladies should be careful who we allow pour that care into our life because for some reasons, our lives will feel bonded to that man such that we will always be willing to submit to him based on what he brings to the table, including submitting our precious body to him. Let’s learn to work with balance for balance they say is the fulcrum life is built upon. This is because when a man gives as commanded, he expects submission in return. And times when submission is not seen in closest sight, he may do so much as to use force to get the submission he wants, including raping if possible to have his way. So ladies, enjoy your man and be careful about all other men. Selah."