Fathers Are Worth Celebrating Too! 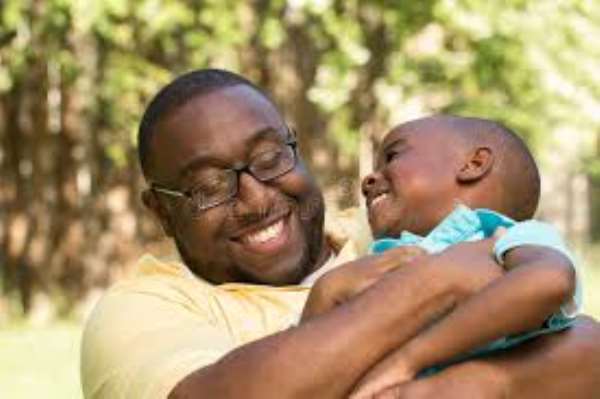 There's been controversies since time immemorial as to whether Fathers's Day deserve the same hype and praises awarded to mothers on Mothers' Day. Many at times we base our arguments on the fact that fathers do not go through the same suffering as mothers, but have we for once thought of the hustle some fathers go through just to put food on the table and smiles on the faces of their wards, not to talk of roofs over their heads?

The humiliation and at times the very components that makes a man, which are respect and ego are tempered with. Women are naturally created with compassion, sympathy and affection unlike men but that doesn’t stop some fathers from feeling same too. The fact that most fathers did not take care of their children doesn’t mean the few dads who did shouldn’t be celebrated and awarded cordially.

Most at times we hear some children complaining of how their fathers never took care of them. But does that give us enough reason not to honour or celebrate them when the need arises?

Have we forgotten about that uncle who assumed the responsibility as a dad or that pastor, Imam or even that step dad who took us in and loved us equally as his children.

There is a popular Akan proverb that says “Agya bi wu a, agya bi tease” which literally means there is a surviving father that replaces a deceased one. Any male can be a father but it takes a real MAN to be a dad.