When Love Turns Into War 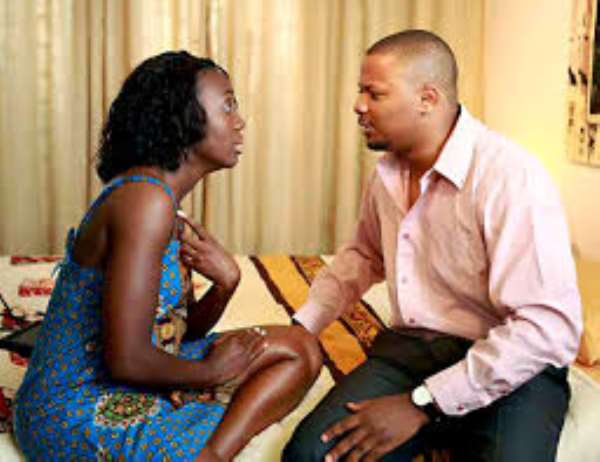 In many marriages and relationships, what exists between spouses or partners is not love but war. A war between two wounded hearts throwing weapons at each other. Bullets of words and actions which cut deeper than any weapon. Words that inflame wounds which might not be able to heal. Wounds which become chronic and have the power to kill the love they shared, and destroy their loving hearts.

The war starts with hurt. When one partner is hurt, their actions and words end up hurting their spouse. At that time, each partner becomes more selfish, their feelings are what matter to them. They live in a hurt cycle.

When one spouse says a word that hurt the other partner to the core, the reply is almost deadly, as if two enemies are on the battle field. The partner replying looks for words which will be more hurtful, don't forget that is his or her weapon. If he or she is cut deep, their response should cut deeper. This is how spouses destroy each other in a relationship that is supposed to be loving and caring.

Because these partners are hurt, they don't realize the impact of the words they throw at each other. At the end of the war, the victims or casualties don't remain the same, they are usually worse off. The impact of their words or actions renders spouses disabled; emotionally and physiologically. They lose parts of them that played a major role in the relationship or marriage. They end up being handcuffed.

Imagine you are a great cook but after war, your hands are chopped off, how can you cook or still have love for cooking? Each time you look at your hands you develop more hatred, anger, bitterness for the one who caused that.

There are spouses who after the war, got back to their marriage, and expected to live a normal life as if nothing went wrong. After saying sorry they automatically expected to live in harmony, express love and affection the way they used to before the war. They forget they are not the same after the war.

If you are experiencing this challenge in your marriage or relationship, you don't need to engage each other in the blame game, it is time to work to rebuild your relationship. Work that will bring the healing you need, being patient with each other and also visiting a doctor, who is a trained counselor, for help .

The wounds gotten out of the war are still fresh, little harsh words, silent gestures, can hit the wound and cause it to bleed. Spouses need to work with each other, forgive each other and take care of each other in times like that.

Spouses need to appreciate the little progress they are making instead of comparing the present stage of the relationship to the former stage before the war. Let your presence be felt, speak kindness and act kindness. Don't be judgmental and self-righteous in times like this. That behaviour does not help healing.

Instead of complaining about why their mood has changed, you should rather reassure them of your constant love and affection. Let them know you are in this together, you are there for them when they need someone to talk to. Don't force words out of their mouth when they don't feel like talking.

In conclusion "And goodness is the harvest that is produced from the seeds the peacemakers plant in peace" - James 3:18 (GNT).