Why Do People Gain Weight After Marriage? 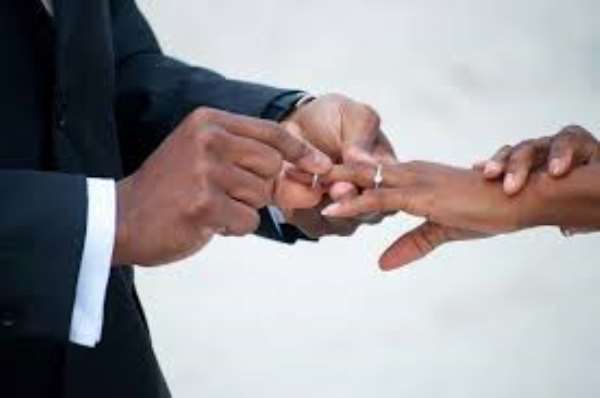 The bliss of early marriage makes many people want to spend all their extra time with their new significant other. While that's certainly an enjoyable aspect of being a newlywed, many couples make eating a central part of the activities they enjoy together, and that can lead to unhealthy weight gain for the bride and groom. Luckily, you and your new spouse don't have to fall victim to marriage weight gain if you know the statistics and how to stay healthy.

Marriage Weight Gain Statistics
Couples who have been married for two years or longer are more likely to gain weight than their single counterparts, according to a 2012 study published in "Obesity." In fact, newly married women in their early 20s gain an average of 24 pounds in the first five years of marriage and men in the same age group gain an average of 30 pounds during that same time, according to "USA Today," referencing that same study. Interestingly, couples who were living together, but weren't married, didn't experience weight gain to the same degree.

Partners Can Influence Each Other
Married couples eat most of their meals together, so they're more likely to eat foods that they wouldn't normally eat because their spouse has a craving for them. In fact, partner influence over eating decisions is a large factor in weight gain after marriage. Two additional factors that might come into play are the tendency to eat out together more often and to cook bigger meals when eating at home. Increased time spent watching television together is another factor in post-marital weight gain, according to "Obesity."

The Pressure Is Off
The pressure tends to be off once a couple gets married. In other words, people who are dating are more likely to stay slender to keep the attention of their partner. Couples who are happy, satisfied and secure in their marriage are more likely to gain weight because they no longer feel any pressure to attract a mate, according to a 2013 article published in "Health Psychology."

Preventing Marriage Weight Gain
Married couples should consider their weight a factor in their overall health and well-being instead of just their appearance, the article in "Health Psychology" notes. Just as married couples can influence each other to eat poorly, they can also influence each other to make healthy choices. Work together to create nutritious menus, shop for healthy foods together and make meal preparation a joint effort because these can help you stay slim, as well as bond over a shared goal. To that same end, exercise as a couple, as well.