Teacher Improvises Computer With Board Illustration To Teach ICT 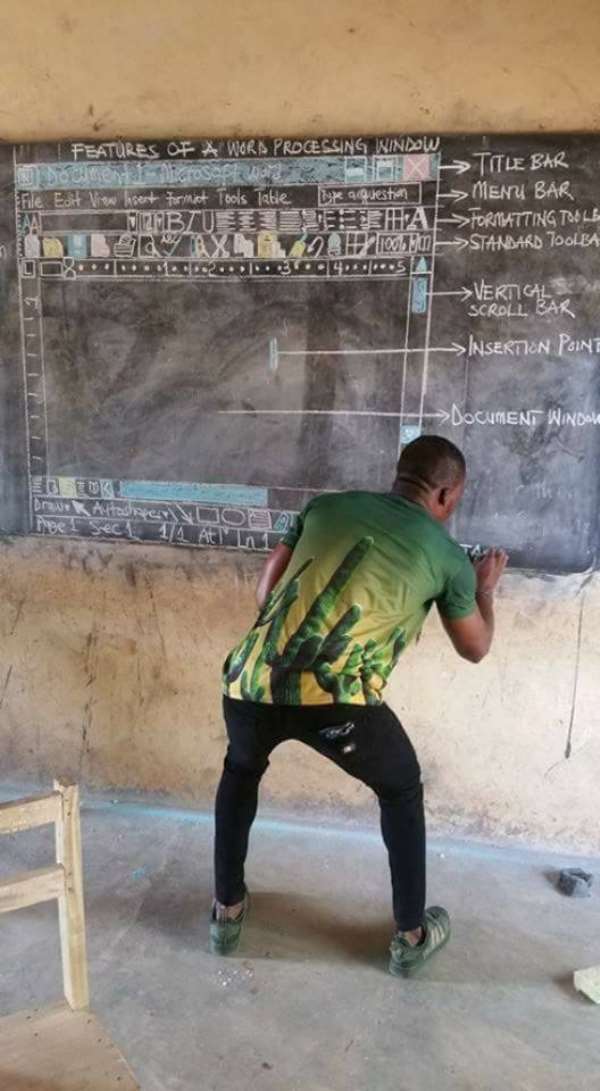 A primary school teacher has won the hearts of many Ghanaians by doing what most people wouldn’t do under the given circumstances.

A Facebook post by the teacher depicted him teaching students Information Communication Technology (ICT) without a computer but rather an illustration of a computer on a blackboard.

This obviously points to the fact that the school does not have access to computers which play a major role in ICT education.

But this dispiriting factor only spurs him on to ensure that his students are able to understand the subject.

Some observers are surprised by his ingenuity and are already asking that he be given an award.

This gesture exhibited by teacher Kwadwo, this writer believes through the power of social media would draw the attention of the various authorities and Non-governmental Organisations (NGO’s), to assist the school with computers and who knows, probably a fully furnished computer laboratory.

Congrats and keep up the good work teacher Kwadwo! 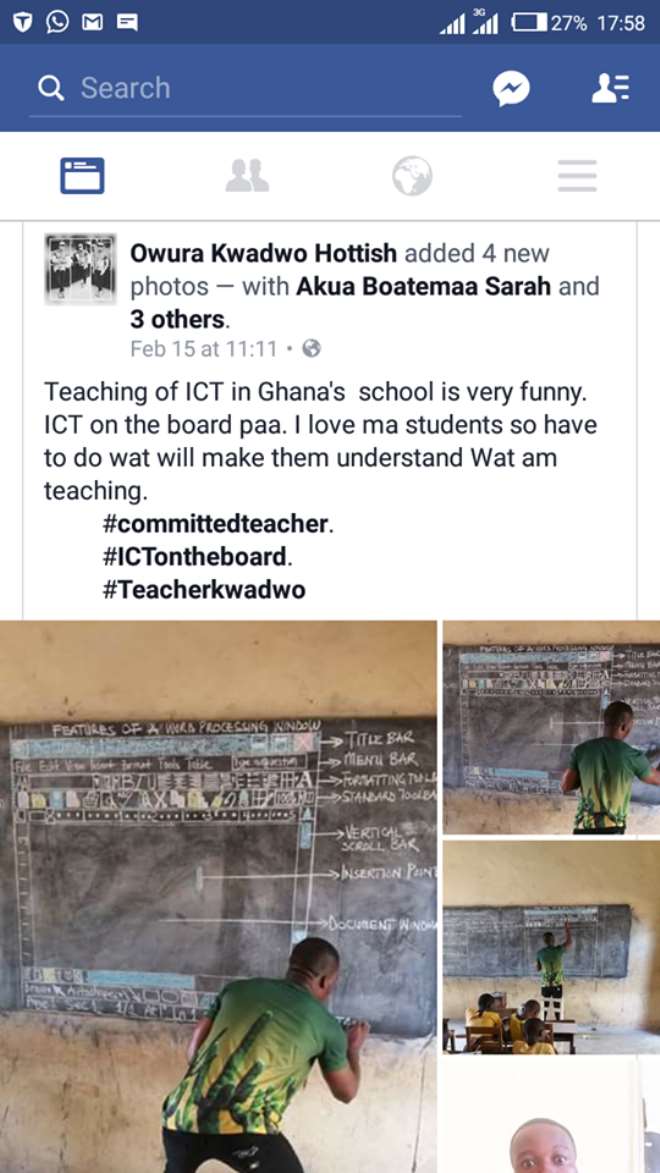 More Opinion
Modern Ghana Links
"My version of life"
Pay the price! Don’t be profane to miss the ultimate good!
Our Destinies Are Not Tied To The Situations In Which We Were Born
Be Careful!!
Don’t Listen To Everything You Hear
The Little Impacts We Don't Realize
We Are Stars
Children Are Not Children Anymore!
The 21st Century Woman: Doing Better In Heels
Election Reports Quotes Dossiers
TOP STORIES