Why You May Still Remain Broke In 2018 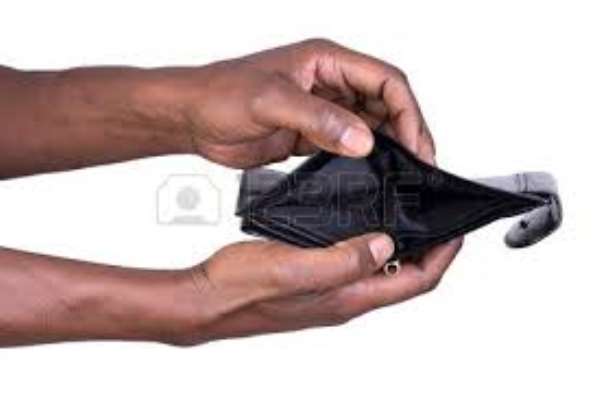 It is not uncommon that during this yuletide season and in the attempt to crossover into the new year, a vast majority of people immediately become tuned to the realities of the failures of the current year and how drastic they want a turn around in the following year. Nobody obviously want a repeat of the old time.

Hence, churches, mosques, Ile - Ijuba's and all sorts of spiritual places get filled up with people who want to get rich quickly believing that this last minute prayer will transform the new year into a failure free, poverty free and success filled money making year. But alas those die minute gragradon’t transform into success and being broke might not outrightly be the handwork of your family witches. Perhaps you should look at the reasons why you might still remain broke in 2018 irrespective of your beautifully designed new year resolution.

Planning
If there is anything i have learnt in 2017, it is the fact that no task is unachievable and that the outlook of your success is a photogenic reality of how good and consistent your planning is. It is an untold reality that those who make money both legally and illegally often times plan their way through the execution from the inception of the monetary idea. It is not rocket science that a man who lives life as it comes without concrete planning and consistent strategy readjustment intune with the realities on ground might still remain broke this new year. Therefore it wouldn’t be a bad idea if you kick start this year with something concrete, and not some unrealistic new year resolution.

Procrastination
Nothing kills faster than procrastination! The sound of this advice given to me someyears back stillricochet in my head as I pen down this piece. I believe it also would serve as my guiding tool in the course of scaling through the proposed hurdles accrued with 2018. I would perhaps say that I am inspired to inspire myself with this write-up. The beauty of an idea is not in its loftiness but in the reality of the execution, unfortunately a host of ideas have been buried over the years with the strong arm of procrastination.

Sometimes, your architectural instinct becomes the mood whenever you design the plan, yet when the "I will do it later" urge creeps in, it destroys every iota of plan you have had. Procrastination is a bitch that breeds laziness and impedes you on your ladder to success, and it can only be cured by

"doing it now"! If only you can do it now, the story would have been different. Learn to act now and do the complicated analysis later, for it is worthy of note that there is no wealthy procrastinator. So do it NOW!

Time Management
Subsequently, I think you should also note that a man who is in control of his time is in control of his life. A lot of young people find it very difficult to manage their time efficiently whereas, the lack of a good time management skill is a wanton factor to remain in the "very broke" zone managing your 24 hour effectively opens a lot of opportunities that will get you astonished by the amount of success achievable with the same time you have wasted on irrelevances in time past. I would rather sleep or read if there is no tangible task i can engage my time with, it is in the end a win-win situation so manage your time wisely and efficiently and you will definitely leap beyond the "broke zone" in 2018.

Need over want
The urge to buy everything at our disposal is a very huge one. It has been proven overtime that mans want is insatiable and it can never be satisfied. The desire to buy more to satisfy our want is a salient mystery behind staying broke at all times that can only be crushed by staying true to spending on what is needed and not what your adamic nature wants. The ability to differentiate between want and need is the gateway to responsible saving. whereas, show me a man who saves frequently, and i will show you a man who will rarely go broke.

Smart work over hard work
Conclusively, I have heard overtime the popular saying that hardwork is the antidote to poverty, but permit me to add that smartwork (using 20% resources to get 80% result) compared to hard work is the resonating antidote to financial impediment in recent times. It is my deepest wish that anyone who wish to snap out of the "I am broke" zone achieves that feat in this new year. What better new year gift can I offer but a roadmap to financial sustainability. In that regards, let me reiterate that smartwork in 2018 demystifies poverty than hardwork.

I can’t blame my visa denial to Netherlands on anti-LGBTQ+ a...
44 minutes ago