3 Memories That Made Christmas More Enjoyable Than Now 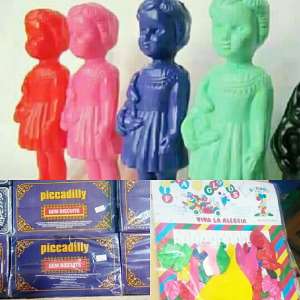 Piccadilly biscuit
Piccadilly biscuit used to be the official Christmas biscuit and a must have for every home in Ghana. From adults to children everybody simply loves it. The biscuit is often enjoyed with Fanta or Coca Cola usually referred to as minerals.

Balloons
Those times, children would do anything to stick the biggest balloon by spending all their coins at the provision store (grocery store). The fun of trying to get the biggest balloon exudes some sort of excitement that makes you want to come back for more balloons.

Kingsway Choobi (doll)
Kingsway Choobi (doll) was the real deal during Christmas. If your parents have enough cash to get you one, you become the star girl in your neighbourhood. All the girls in the area follow you wherever you go just to catch a glimpse of the doll or hold it. The excitement heightens when the doll makes the unique feefeefee sound.

2022 budget: Kyei-Mensah-Bonsu not trustworthy, he reneged o...
43 minutes ago