5 Things You Can Learn By Dating A Strong African Woman 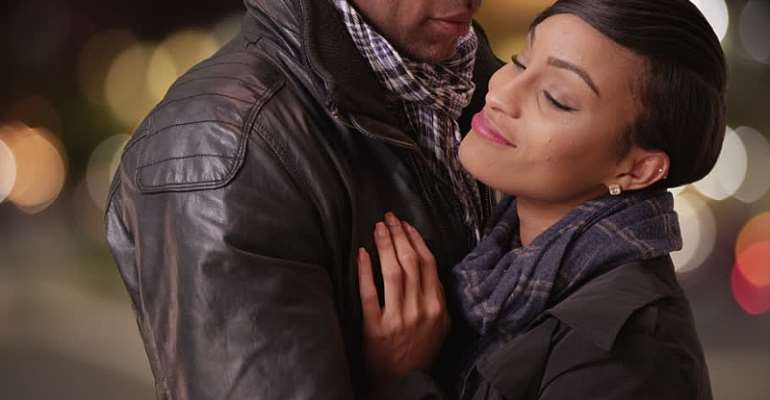 Despite what popular media might say, a strong black woman is the ideal woman to build a long term relationship with.

She has her own money, will stand by your side during hard times, and will give you the advice you need to hear exactly when you need it.

But here’s the thing… Most men aren’t ready to date a strong black woman .

Why is that? Because a strong black woman won’t accept bullshit from their partners or anyone else.

Undoubtedly, if you date one of these women you will learn some things about yourself, relationships, and woman.

Here are the top 5 things you’ll learn from dating a strong black woman.

1. That not all women want you or NEED you for your money.

If “Gettin’ money” is your best quality a strong black woman won’t be too impressed.

She has her own money.
What she wants is depth, personality, respect, and a man that shows his appreciation.

A strong black woman won’t put up with your nonsense simply because you make a lot of money and buy her material things.

Now don’t get me wrong, she understands that it’s practical for a woman to settle down with a man that has his financial house in order. But don’t get the impression that her love, respect, and trust can be purchased like a new suit.

A strong and independent Black woman puts more value on love, respect, compatibility, and the effort that you invest to make the relationship work, rather than how much money you make annually.

2. You have to make your intentions clear or she’ll lose interest.

Being truthful and transparent is an essential quality in healthy relationships.

Unfortunately, not all women demand this of the men they are involved with.

But with a strong black woman, it’s mandatory.

Let your intentions be known from the jump. Don’t try to run game and sweet talk her she’ll see right through it.

You might want one thing and she’s expecting another. Just stay true and be honest about your expectations in your relationship and what type of future you want together.

It’s really that simple, although a little research on dating tips could go a long way.

3. Your woman should be treated as an equal partner…

Both of you had your own lives, friends, and jobs before you met each other. It’s important that even though you are now in a relationship, you respect each other’s space and time apart .

It’s also important that you respect her right to make her own decisions and include her in the decision making process when it comes to things that affect you as a couple.

She’s your partner and expects to be treated as such. Anything less will quickly make her lose interest in you.

4. If you want to impress her… You have to be yourself…

Dating a Strong Black Woman takes guts and maturity on your part.

Never be afraid and ashamed to show who you are.
That shows her that you’re proud of yourself, what you’ve achieved, and that you have nothing to hide.

A strong black woman is understanding and considerate. So don’t be afraid to tell her the truth no matter what it is.

She’s not the type to turn her back on you because you’re not perfect. She fully realizes that no one is perfect and completely respects that.

Perfection isn’t what she’s looking for. She wants something real.

5. You have to be consistent.
When you’re in a serious relationship with a Strong Black Woman, aim to treat her with the same respect and courtesy from when you first started dating.

Being with someone for years doesn’t give you the right to take them for granted .

Be consistent with your actions and words.
When you find the woman of your dreams, don’t get intimidated because she’s strong.

Build her up and be the man she’s looking for.

Note - Photo unless otherwise stated is not property of Modernghana.com

Vote Based On Akufo-Addo's Records — First Lady
2 minutes ago

A/R: We Won't Accept Independent Candidates Back – NPP
2 minutes ago