Why Artificial Sweeteners May Not Be Good For You 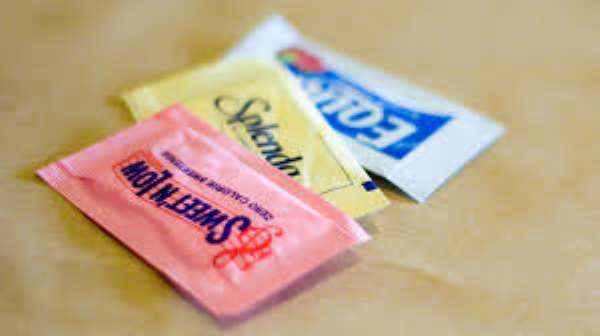 1. They may make you gain weight.
Since artificial sweeteners have no calories, it seems that they would help us lose weight. Some studies have found, though, that they affect the body’s ability to figure out just how many calories we’ve consumed.

In a 2008 study, for example, participants took sips of water sweetened with sugar or sucralose. Sugar lit up those regions in the brain associated with reward, but sucralose didn’t. In other words, sucralose wasn’t as satisfying and actually caused the brain to continue to seek out more sweet things.

In real life, that could mean that after consuming a diet soda, you feel more like eating something else that’s sweet, like a piece of cake or cookie, than you would have had you consumed something with real sugar.

That could result in weight gain, rather than loss.

2. They make you crave more sugar.
Remember what we said about saccharin being 300 times as sweet as sugar?

That means that manufacturers can use much less to create the same level of sweetness in products, which saves them money.

Dr. David Ludwig, obesity and weight-loss specialist at Boston Children’s Hospital, told Harvard Health: “Non-nutritive sweeteners are far more potent than table sugar and high-fructose corn syrup. A minuscule amount produces a sweet taste comparable to that of sugar, without comparable calories. Overstimulation of sugar receptors from frequent use of these hyper-intense sweeteners may limit tolerance for more complex tastes.”

As you consume more foods and beverages sweetened with sugar substitutes, you train your brain to crave more and more sweetness, which can encourage a sugar addiction.

3. They may increase the risk of diabetes.
Artificial sweeteners were once thought to be miracle products for those with diabetes. Finally, people with the disease could enjoy something sweet without spiking blood sugar levels.

Unfortunately, later studies showed that it wasn’t so simple. In a 2014 study, researchers found that artificial sweeteners like saccharin, sucralose, and aspartame could encourage metabolic changes similar to those found in pre-diabetes.

Participants getting the sugar substitutes developed an intolerance to glucose — a condition that results in higher than normal blood glucose levels, the hallmark of diabetes. Earlier studies showed similar results—saccharin-sweetened yogurt produced higher blood sugar levels than did the same yogurt sweetened with glucose.

4. They mess with your microbiome.
We’re learning more every day about the delicate balance of good and bad bacteria in the gut—something we call the “microbiome.” It’s like a little community in there, and the more good bacteria, the better.

How well we are able to digest and get energy from our food is partly determined by this community of microbes in the digestive tract . Unfortunately, it seems that artificial sweeteners can disrupt that community. Studies show that they alter the population of bacteria in our intestines, enhancing the populations of those bacteria that turn food into fat.

5. They affect hormonal balance.
Studies in humans have found that artificial sweeteners cause changes in the release of a variety of hormones. This is a complicated area of study and scientists haven’t figured it all out yet, but they do know that eating sweet foods causes the body to release insulin, which then helps process and absorb the sugar.

Artificial sweeteners are believed to interfere with this system, causing gradual changes that can negatively affect our health. In one study, researchers found that sugar substitutes affected a hormone called GLP-1. This hormone is involved in controlling blood sugar and helping you to feel full.

Scientists believe these changes may be partially why acesulfame and others can actually lead to diabetes and weight gain.