Here's How Taking Excessive Painkillers Can Cause Infertilitty In Women 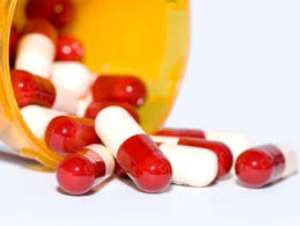 Excessive Use of Painkillers and Infertility

I was thirteen when I started having my periods, and boy! they were painful! Until I finished secondary school, I relied on hot water bottles and my mom’s abdominal massages for relief from the PMS. However, by the time I got into the University and was left on my own, I couldn’t massage myself properly and had lost the patience for hot water bottles.

My roommate saw me writhing in pain one morning, and applying an hot water bottle on my lower tummy; it was obvious that I was going to stab all lectures that day. She asked if I had taken painkillers and I replied that paracetamol takes so long to relieve me, and I had long given up on it. She then introduced me to stronger painkillers, Felvin and Ibuprofen. She gave me one tablet of each and I swallowed. About ninety minutes later, I was totally relieved and I was able to attend my afternoon lectures. That was how my love affair with painkillers started.

I graduated from taking painkillers on the onset on my period, to taking pills just before my period was about to start. The minute I started having the signs, I was popping my pills. I never had any pains that way, because my body was already filled with painkillers before all the contractions start. During the first semester break, my mother noticed that I wasn’t having cramps anymore and she asked me what I did. I told her about the painkillers I was taking and she was a bit alarmed “you better not get addicted to pain relief oh, it would not be funny! It can prevent you from having a baby” she echoed. She asked how many pills I took during each period and I said four, when it was actually six (two pills, three times) and she admonished me to take only two, when the pain kicked in. The next time my period came, I tried to be faithful to my mom’s words, but because it took a little bit for the drugs to kick in, I soon went back to my old ways. Until I got married, I was taking pain killers to relieve PMS. I tried to control it though, by not taking the drugs for anything else. I could be having severe headache, but I would rather drink a hot cup of milk and take a nap, than take even paracetamol. Even when I had malaria, I took the smallest dose of painkillers possible. In my mind, I was making up for the excess dose I took when my period came.