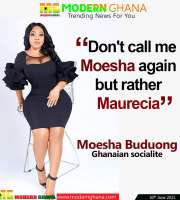 Demarcations of the Electoral Boundaries

To facilitate the organization of national and local level elections in Ghana, certain structures have to be put in place.

Currently there are over two hundred and thirty (230) constituencies distributed proportionally among the Ten (10) Regions.   Constituencies are for the election of the people’s representatives to Parliament.

Districts of the Country.   Electoral Areas are for electing the peoples representatives to the District Assemblies.

About fifteen thousand (15,000) units are in the country. The units are designed to fit into the Electoral areas and are for the election of the peoples representatives to Unit Committees.

The process of putting these structures into place is called DEMARCATION.  Demarcation involves delimitation and delineation.  When we describe the determined boundaries on paper, like we have done in our Forms D.1 and D2, we are said to have delimited the boundaries of the area and when we draw the boundaries on a map, that is delineation.

The process of demarcation is a difficult and complex one.  Most of the activities involved in demarcation are undertaken in the field.  Field work involves
1.  data collection by well-trained staff supplied with logistics and guidelines.
2.  processing of collected data at the district/regional offfices where information is formated into D1s and D2,
3.  forwarding of copies of D1s and D2s by the Regional Directors for verification and coding by the IT Department.

The preparations of the forms D1 and D2 are finally completed by the IT Department to form the basis of the compilation of voter’s registers.  For the demarcation of the Electoral boundaries to be acceptable to all stakeholders, consultations are held with traditional authorities, opinion leaders, political parties, District Assemblies, members of Parliament, etc, etc.

Problems
*   Inadequate public education my deprive the exercise the openess it requires.
* Inappropriate interventions and undue influences, may result in gerrymandering i.e certain electoral boundaries may favour particular party and candidate unduly.
*   Chieftancy and land dispute may block the access of field staff to reliable sources of information.
*   Lack of dependable source documents may also impede acess to reliable information.
*   If the field worker is a local person, his own biases may also affect the quality of data he presents.

The Role of the Commission

The Electoral Commission, as the authority empowered by the Constitution and the laws of the land to demarcate the boundaries of constituencies and electoral areas has to see to it that:

* the appropriate rules and regulations are applied in its demarcation exercises
* the needed resources are procured and applied effectively.
* the staff who undertake the exercise are well trained and  adequately motivated in order to prevent the incidence of bias.
* the exercise is well monitored and co-ordinated.
* data collected from the field exercise is well processed and stored.
* the petitions arising out of the exercise are resolved
* the necessary consultations are made with stakeholders including  the Attorney General’s Department and the Ministry of Local government.
* the necessary instruments giving legal backing to the newly demarcated boundaries  are drafted and put before parliament.
* the newly drawn electoral boundaries are put into effect.
* the necessary linkages are established between electoral boundaries and administrative boundaries.

The Role of Traditional Authorities


Traditional Authorities, as the custodians of the lands which make up the territory of Ghana, are the sources of information used by the Commission to determine the boundaries of electoral districts.

Demarcation helps to decide who qualifies to vote.  It also determines where one has to vote so that come election day one only has to make ones way to the assigned polling station which should be very close to once place of residence (and no where else) in order to exercise ones franchise.