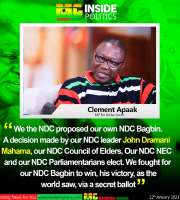 The “Abusua” or Family System

The constitution of Asante (Ashanti) is based on the Abusua (Family system). There are seven established Abusua or Family Groups in Asante

Every member of the Ashanti tribe is a member of one of the above Abusua or family groups and can trace their descent only through the Female Line to the same female ancestress who would invariably be the Founder of the Abusua.(Family).

The first effect of this relationship is clearly that members of one Abusua are considered to have the same blood, and marriage between them is therefore forbidden.

Abusua is not the same as clan. Whereas Abusua means (or is) a group or groups of people descended from one great-grand-mother on the maternal side, Clan is a federation of four or five different groups of Abusua or Families with one recognised head. So those members of the same clan cannot, like members of an Abusua, trace their ancestry (or Descent) through the same common ancestress. Marriage between members of a clan is, therefore, permissible, Where members of a clan do not intermarry, the group would be more of a family than a clan. A child born of any marriage in Ashanti is a member of the same Abusua or Family as its mother, and naturally comes under the chief whom its mother serves.

Inheritance and Succession
The principles governing inheritance stress sex generation and age – that is to say, men come before women and seniors before juniors. Even though the general terminilogy is one of nephew-inheritance (matrilineal) the nephew is sometimes not an automatic successor to his uncle. Very often, the property or stool in question has to move, step by step, to the last male inheritor (brother) before passing on to a male son of a female member of the mother’s family.

It is when all possible make heirs have been exhausted that the females are sought after. Among the females the order is:


This is the line of inheritance of an individual person’s property or a chief’s stool. What needs to be mentioned here is that the character of the person to inherit is also an essential determining factor. This is because no family (Abusua) will allow a drunkard or a thief or a spendthrift, for instance, to succeed to property or a stool of a deceased rich man or eminent chief for fear that he might dissipate the wealth or bring the stool into disrepute or even discrete it.