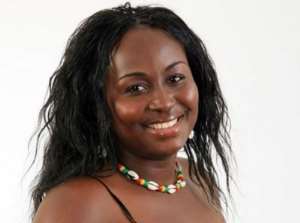 BBA returns, this time bigger than ever. Prize money has been doubled and now stands at a phenomenal USD 200 000, a breathtaking, life-altering 'winner takes all' fortune.

Newly introduced open castings in 18 cities will form the widest BIG BROTHER AFRICA search ever. Add 40 'all-seeing, all-knowing' cameras, and 100 microphones and the new season has almost twice as much sight and sound capability as seasons 1, 2 or 3.

In addition, the old rules banning conspiracy in the house have been lifted and contestants will be free to forge alliances, discuss strategy openly and play the game in an entirely different way.

Top all this off with a dramatic revised format, bolder and more intense than anything audiences have seen so far. Do all this…and then you may get some idea of the sheer scale of production that's been planned. And that's just what the channel is willing to reveal right now.

“The team's been working for months already, fine-tuning the latest edition, focusing on delivering the ultimate BIG BROTHER AFRICA. We've got quite a few secrets this time round, so you'll have to wait and see what happens. We aren't going to give away

all our surprises, but it's definitely a new series and we mean new,” says

M-Net Africa Director Biola Adekanbi.
She goes on to say, “After three seasons, it was time for a fresh spin, time for bright ideas. This series is for the fans, to say thank you for supporting Big Brother since it began. So we're giving them the best gift we can – a show to beat all the others.”

Following up on this vision, series producers Endemol SA have also been busy analyzing and observing other Big Brother successes around the world to develop innovative series elements and inject fresh new creativity into the production.

Once again, in BIG BROTHER AFRICA: THE REVOLUTION, would-be housemates from Ghana, Angola, Botswana, Kenya, Malawi, Namibia, Nigeria, South Africa, Tanzania, Uganda, Zambia and Zimbabwe are eligible to enter the series. This time round though, the search has been widened to include housemates from Mozambique, a dynamic and growing economy, and Ethiopia, which is home to the African Union.

To get the process started, M-Net has begun calling for entries for the new season. And, in line with its re-energized identity, the new BIG BROTHER AFRICA will include, for the first time, open castings sessions in the 14 participating countries.

Just take yourself, or a friend, or a family member that you think is perfect for the show, to a casting venue and get in line to see the selection team. Remember that castings will be held on a 'first come/first served' basis and to qualify for entry, you must be over the age of 21, be fluent in English, have a valid passport and be a citizen of any of the 14 participating countries.

Entrants who impress the selectors at the open castings will head into several follow-up selection rounds, before the final housemates are chosen. They'll then head into a revolutionized BIG BROTHER AFRICA house on September 6.

91 entertaining days later, after chasing the largest reality series prize that M-Net has ever offered and almost certainly the largest reality TV cash prize on offer in Africa, one winner will be chosen by voting audiences at the series Finale on December 6.