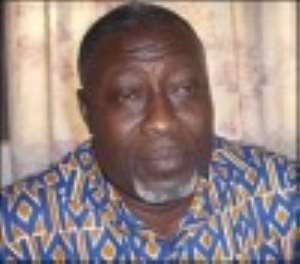 
Sex is gradually becoming the bane of Ghana's growing movie industry as it has become an impediment between young professional actresses and their career.

According to sources in the movie industry, sex has become one of major problems affecting the smooth progress of the industry as every year, more and more young actresses have to go through the sex ordeal before they can get a role to play.

Those actresses who wouldn't engage in such an act have to abandon their acting dreams for different careers, hence the domination of the industry by a few faces.

Some movie producers and directors, our sources disclosed, “have been exporting their bedroom amorous tricks with their wives onto the movie field by demanding sex from these potential young actresses before giving them roles to play.”

“They always tell the girls that big stars in various movie industries around the world also had sex with their bosses before they were able to climb to where they are now.”

The worst of it all is that, after having sex with some of the girls, the producers and directors at times renege on their promises, giving several excuses for their inability to fulfill those promises.

While professionally trained actresses are often thrown out because they would not give in to the demands of their 'bosses', their colleagues who have not had any form of professional training are quick to surrender because they want to be seen on TV at all cost.

When contacted, Mr. Nii Odoi Mensah, President of the Ghana Actors' Guild, confirmed the story. He said the issue had come to the Guild's notice but it was difficult to track down the perpetrators especially as the ladies involved would not like to come out publicly to talk about it.

“In every organization, we have such few bad nuts who would engage in all kinds of activities. It is not nice and I must emphasize that, those involved should stop.

A young, beautiful girl once complained to me that a producer wanted to have her in bed before he gives her a role to play but she refused and that was the end for her.”

When you look at Nigeria's industry, it is full of professionals and university graduates,” he said.

He therefore called on producers and directors to help bring sanity into the industry, stressing that it is not right to have sex with a lady before giving her a role in a movie, or make young actresses and actors pay for audition and location fees.