I won’t allow anyone to retire me prematurely — Kwesi Pee 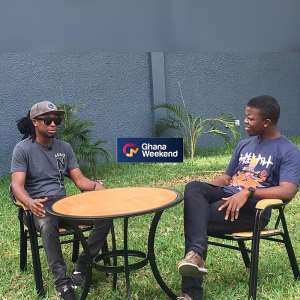 Veteran highlife musician, Kwesi Pee has said he is not retiring from doing music anytime soon.

The Ghanaian highlife living legend whose music career spans over two decades has five albums to his credit.

Speaking in a one-on-one interview with Ekow Koomson on Ghanaweekend TV, Kwesi Pee, said even though some people are impelling him to retire from doing music, he won't allow them to retire him prematurely.

He cited an example that even when there is an issue in the industry, and he wants to contribute, people would hurl insults at him and say his time has passed, but such contrivances don't titillate him at all.

“When there is an issue in the industry and I want to contribute, people would say: you, ‘comot from there’ …but I don't let those things discourage me because I am bent on doing my music…you don't give them the chance to retire you …that's my motivation,” he told Ekow Koomson.

“My dad had the chance to do music and I also want to make sure I light up my father's legacy and hold it tight because I want to do music till eternity”.

Known in real life as Akwasi Opoku, he was born to the legendary highlife artiste, Agyaaku who owns the Yamoah and Sunsum Mystics Band and known for the monster hit song 'Serwaa Akoto' produced many decades ago.

In 2007, Kwesi Pee won the Best Male Vocal performer award at the Ghana Music Awards. The 'Me Yia Odo' hitmaker is currently out with another smash hit song dubbed 'Ayele'.

The song has been heavily tipped by some connoisseurs of the music industry to win the 'Highlife Song of the Year' award at the 2023 Ghana Music Awards.

Watch the interview below