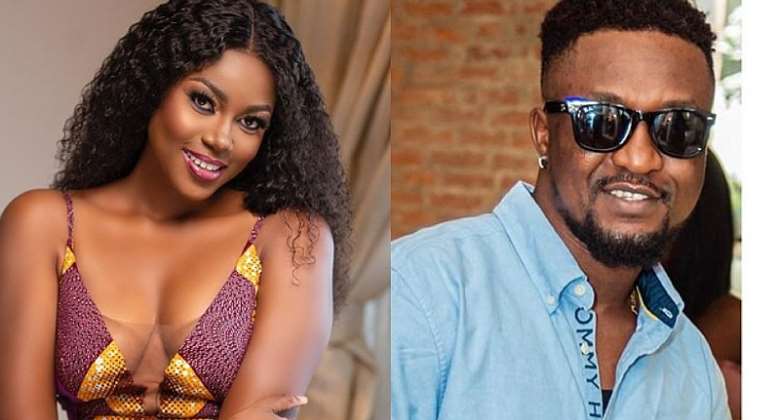 Ghanaian actress and movie producer, Yvonne Nelson has revealed that she is not ready to tie the knot with anyone soon, despite pressure on her.

The mother of one explained that her heart is not hard towards marriage.

In what appears to be a reply to musician Archipalago’s love proposal to her, the filmmaker in two different tweets wrote, “My DOP keeps asking me why I’m not in a relationship. It bothers him. Married women get heart. Me, my heart no sherdaa hard like that.”

This comes after a controversial entertainer, Archipalago Mufasa said he loves the actress from afar for a very long time.

Speaking on Accra-based Kingdom FM with Fiifi Pratt, Palago Mufasa said the only thing holding him from professing it to the actress is that he is yet to see her in his dreams.

According to him, he prefers Yvonne Nelson to any food in the world.