I love Yvonne Nelson, I wish she will marry me – Archipalago proposes love on a radio show 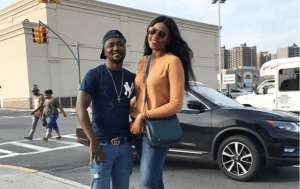 Ghanaian singer and social media critic, Archipalago has opined on the woman he would like to walk down the aisle with.

The controversial entertainer said he has loved Ghanaian actress and movie producer Yvonne Nelson for a very long time.

Speaking on Accra-based Kingdom FM with Fiifi Pratt, Palago Mufasa said the only thing holding him back from the actress is that he is yet to see her in his dreams.

According to him, he prefers Yvonne Nelson to any food in the world and will love to have her in bed, noting that she should not be offended by his statement.

Meanwhile, Yvonne Nelson, in a tweet on Tuesday, January 24, revealed that she is not ready to tie the knot with anyone soon, despite pressure on her.

India's sinking hill town, a casualty of the warming Himalay...
17 minutes ago