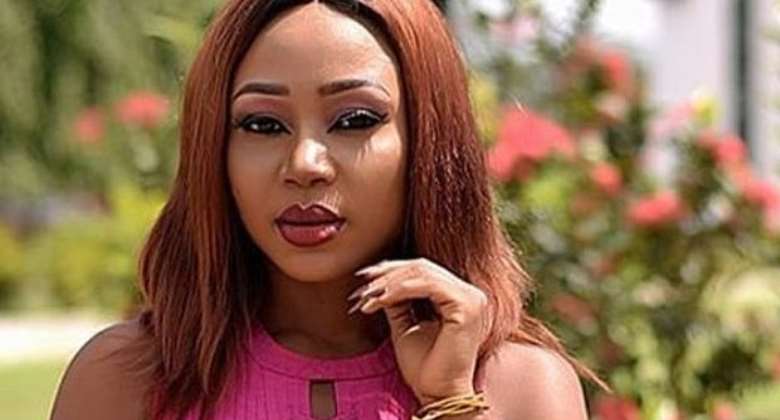 Akuapem Poloo, a Ghanaian actress and an ex-convict has opined on how her ugly prison experience turned into a blessing in her new movie role.

Yvonne Nelson's movie production, under which the actress currently casts, is coming out with a new movie project titled 'Kotoka.'

Recall that Akuapem Poloo was arrested and prosecuted in 2021 for taking a nude photo with her seven-year-old son and publishing it on her social media pages.

An Accra Circuit Court sentenced her to three months imprisonment, which was later reversed after her legal team made an appeal.

However, while on a promotional tour for Accra-based 3 Music Network, Akuapem Poloo noted that she was able to act out a scene in prison cells perfectly because of her past experience.

The popular socialite indicated that her performance had attracted an appraisal from Yvonne Nelson, the producer of the movie, who is an experienced actress herself.

Meanwhile, 'Kotoka' is slated to be premiered on Valentine's Day, February 14 at the Silverbird Cinemas in Accra.

The storyline is about two women: Ruby Benson, a 34-year-old high-class businesswoman and Naya Essel, a 28-year- old unemployed graduate. Both are separated by life and class, but they are linked by a decision they both made.

The decision they make ultimately determines their fate and that of many others, a choice that will either keep them alive or kill them. But it all depends on whether they can get through the boarding gate.