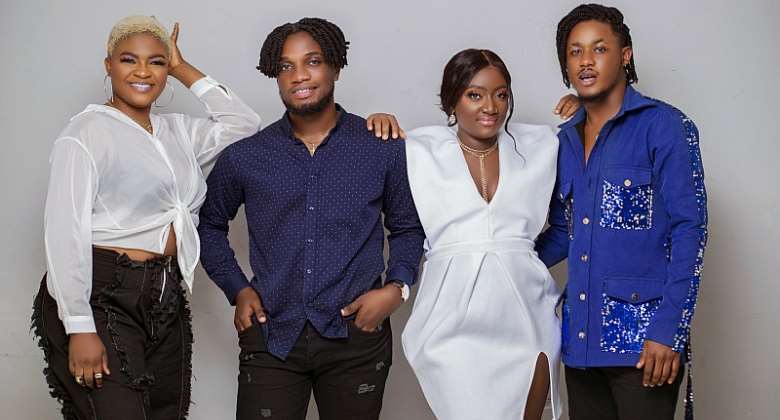 The ongoing TV3 Mentor season, dubbed Mentor XI, continued to pull pleasant surprises as competitors up their games for a final showdown among the top four contestants, Tiah, Herby, Too Spyce and Markel, on the 17th of December at the National Theatre.

The winner of the contest takes home a cash prize of 40,000 GHC, a gold-plated trophy, a return ticket abroad with $500 (USD) spending money, 100,000 in airtime, products from sponsors and off course, the bragging rights and street credibility that come with growing from a raw talent to earning the title of MENTOR XI WINNER.

MENTOR XI SEMI-FINALS
The highly competitive semi-final edition of the show ended with Too Spyce, Markel, Tiah and Herby qualifying for the finals of Mentor XI competition.

Too Spyce emerged star performer and best costumed, while Brenda and Kwaku Wina were evicted from the competition.

The semi-finals of TV3 Mentor XI came off last weekend, December 4, during which contestants battled among themselves with their unique performances and stage crafts as well as freestyle rounds.

The first part of the semi-final show took the form of 3 battles where the contestants were pitched against each other on stage during the live performance. Picking songs of their choice, Tiah with a rendition of Whitney Houston’s “I got nothing” battled Brenda who belted out her version of “Joromi” the hit track from Nigerian singer Simi.

The final battle of the night was between Herby and Marckel. While Herby belted out a 2006 hit reggae song “She’s royal” by Tarrus Riley, Marckel performed his version of Nigerian songbird Asa’s 2007 hit, “Jailor”.

The freestyle round featured performances which took the live studio audience, judges and audiences around the world down memory lane with songs such as “boga boga” by Ghana’s rap heavyweight Sarkodie, Bob Marley’s “three little birds” and Beyonce’s “listen” and brought them right back to 2017 with Stonebwoy’s “Hero”.

To support your favorite to win the ultimate price, vote via the short code *713*13# or download the TV3 Reality app.

Catch Mentor XI every Saturday and Sunday at 8 pm on TV3.