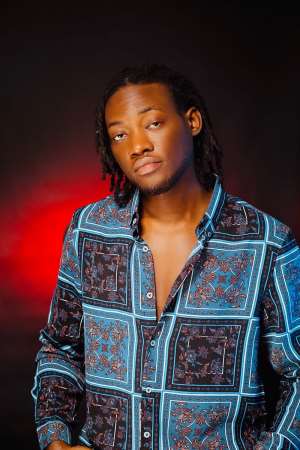 Dantiti has released a beautiful rhythmic afrobeat single titled “Yemisi” for all music lovers in Africa and across the globe.

The song is produced by Princetonthebeatz who doubled as a contributor and an inspiration for Dantiti with his melodic beat for the making of the song.

Yemisi was born out of love for the beat and its uniqueness. Dantiti found it difficult to write on it from the start but that threw a challenge that unleashed a new side of his art which is performed in the song. Princetonbeatz produced the song but Dantiti recorded it himself in his lounge studio.

Dantiti developed a love for music as a kid rapping to the late Notorious Biggie’s music and other legends. Initially, he thought he will grow up to become a DJ so he learned how to use Virtual DJ software during his teenage days. He developed a passion for sounds and beats through that and then started using Macbook to make preset beats. He registered a family record label called iDope Records around 2017 that has been supporting his music career as an artist since then. He met Princetonbeatz in Lagos where I learned more about production. He decided to start voicing when he started writing his own lyrics and compositions. He found it very challenging, but the gratification that comes with it inspired him to keep threading on.

Dantiti, whose real name is Daniel Ofuzor, is a native of Benin City who was born on 29th April 1994 in Lagos, Nigeria. He grew up in Benin City and relocated to Ghana at some point before moving to the UK where he is currently studying BA (Hons) in Marketing at the University of Wolverhampton. Dantiti is a nickname given to him by his family friends since he was a kid and decided to hold on to it when he started music. It's a bubbly name that represents a person with good energy which represents exactly who Dantiti is.

Dantiti is currently putting ideas together for a video for Yemisi which will be in his plans for next year.