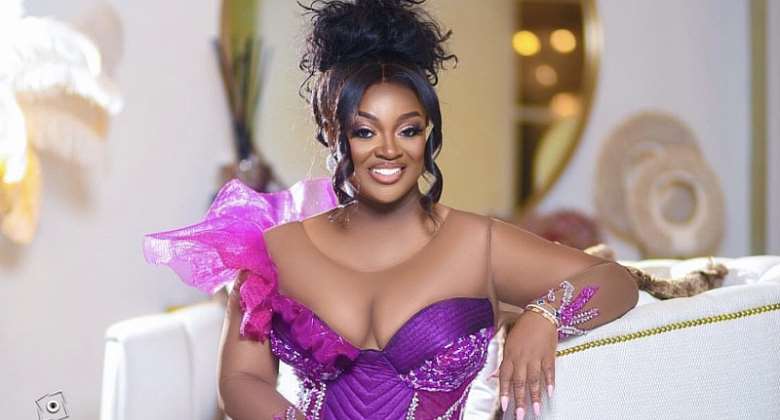 One of Africa’s astute filmmakers and brand influencers, Jackie Appiah has clocked 39 years.

Born in Toronto, Canada, on December 5, 1983 the renowned actress has had her photos breaking the Internet all day.

She was conceived by Mrs. Janet Owusu and her father, Kwabena Appiah (the younger brother of the late Joe Appiah, a famous lawyer in Kumasi).

In one of her posts on her Instagram page today, December 5,the multiple award-winning actress wrote, "Thank you, Lord, for giving me a new year full of blessings."

Scores have taken to several social media platforms to wish her.

The former African Movie Awards Best Actress for leading and assisting roles of the year in their respective times first had her way under the umbrella of the Farmhouse movie production.

She played the character Enyonam Blagogee in Edward Seddoh Junior's "Things We Do For Love" series and later took part in Tentacles, Games People Play, Sun-City, and many other TV series.

She subsequently became a household name after starring in several movies in Ghana and Nigeria.

She showed her unique talent in movies like Princess Tyra, Pretty Queen, The King is Mine, Beyoncé: The President's Daughter, The Perfect Picture, Passion of the Soul and The Prince's Bride.

Jackie is currently a mother of one son but single after parting ways with her former husband, Peter Agyemang, whom she married in 2005.