He lied, we wrote “no dulling” ourselves — Keche takes on Kuami Eugene 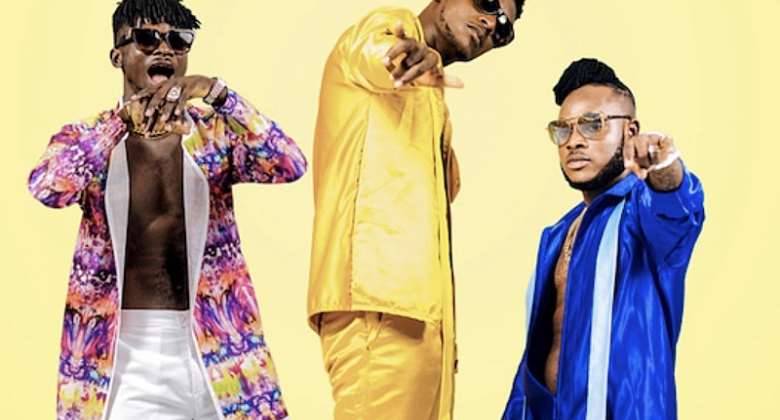 Ghanaian musical duo Keche, which is made up of Joshua and Andrew, has clarified claims by highlife singer Kuami Eugene about their "No Dulling" song.

In 2020, Kuami Eugene, who was then the "hottest" artist in Ghana, joined Keche to produce a banger, "No Dulling," which won an award at the VGMAs.

Kuami Eugene has been saying in interviews for some time now that the song was his but he decided to give it to the duo.

In a recent interview on 3 Music Network, the Empire Records signee claimed his Lynx Entertainment boss, Richy Mensah, got furious for giving out his song to Keche.

But in an interview with Zion Felix, a Ghanaian blogger, Keche said Kuami Eugene lied about the song, adding that they wrote it even before reaching out to him for collaboration.

“Andrew wrote it. Nobody has ever written a song for Keche. No Dulling is a Keche song. Kuami Eugene went and sat somewhere and said he wrote the song for us. Kuami Eugene is he a rapper,” Keche Joshua said.

“We called for collaboration. Joshua sent him the song and he advised that we use a different beat. When he sent the beat, I wrote my verse and wrote the chorus. He asked us to come to his studio and requested for the beat to be sent to him. So we all went there.

“When we got there, he said the beat was crazy, so he has already done something on the beat. But I told him I had already written my chorus. We listened to his and listened to mine. We loved the two and we sat down to plan which chorus we should use and we finally agreed to use my verse and use his chorus,” Andrew clarified.

According to them, though they are still cool with the “single” hitmaker, they have not spoken to him since he started his claims.