Just satisfy me in bed, financially and you’re free to cheat on me — Princess Shyngle outlines dating rules 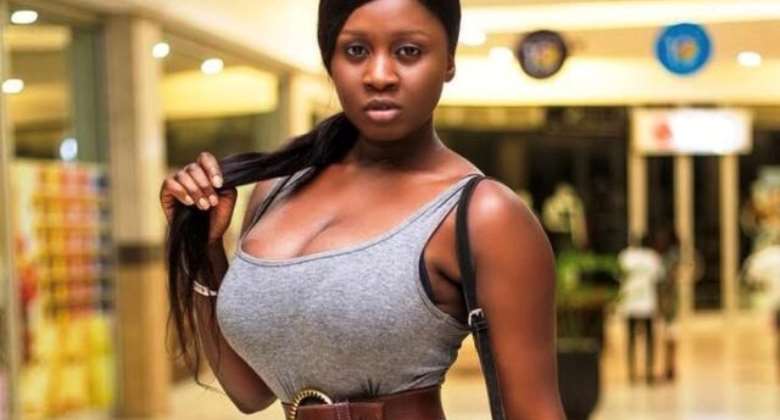 Gambian actress, mostly based in Ghana, Princess Shyngle has set social media ablaze with her unthinkable laid-down rules for men who want to date her.

One of her rule is that she will give her man the chance to cheat on her.

“I don't care if you're bisexual you can cheat on me with men and women I do not care as long as you're paying my bills, support my dreams, giving me good d**k, buying me expensive shit, l'll be the happiest," she said.

The award-winning actress, who claimed to have been divorced multiple times, further stated that she is no longer interested in going back into marriage to be ditched again.

In a social media post, the curvy buttocks and slim waist actress emphasized that any man who will try any of the above rules on her will seize to be her man at that instance.

“The thought of me ever getting married again makes me sick to my stomach I don't ever want to get married again.

“I'm not interested in having kids so feel free to have as many baby mama's as you want. Lastly don't you ever post me on your social media or tell me you love me," she said.

The celebrated actress again stated that she hates being introduced to people by her man or being told “I love you.”

“Dont ever introduce me to any of your friends or family members. Don't you dare try to propose to me cuz that will be the last time you will ever hear from me again,” she warned.