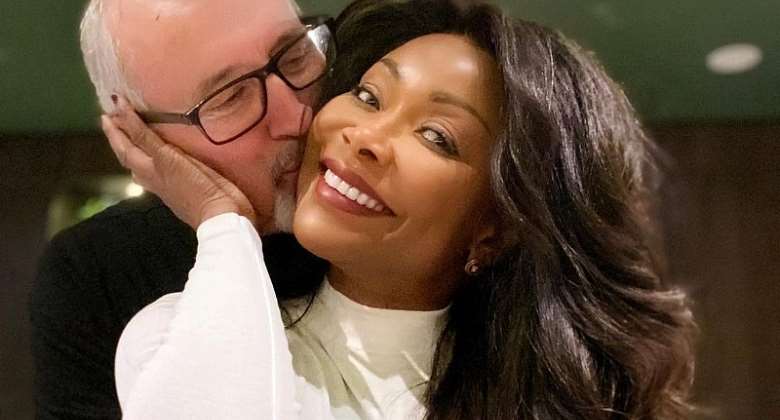 Stephanie Benson and her white husband

Stephanie Benson, a Ghanaian-born UK-based jazz musician has advised married women on how to best calm situations in their marriages.

She urged wives not to deny their husbands the right to their bodies when there is anger at home.

Having been married for over 30 years, the relationship expert argued that sex when there is anger is the best one anyone can ever get.

So ladies should use it to clear up misunderstandings in their marriages, she said.

Mrs. Benson clarified in an Instagram video that she is not talking about when the anger resulted from the man’s infidelity but from a normal quarrel.

“A lot of you married women take sex off the table when you are angry at your partner. I’m not talking about when he is cheating, I’m talking about the normal crawls that happen in a relationship.

“Some of you get so angry that when you even go to bed all you do is coil up. I am here to tell you that when you’re angry with your partner, it is the best time to have sex. It is one of the best sex you could ever have," she said.

According to the seasoned singer, “That is the best way to get over anger. Don’t let him remember that girl he left in the office because he is pissed off. Now that I have sufficiently stimulated your senses, go take one for me.”

Listen to her assertions in the video below;