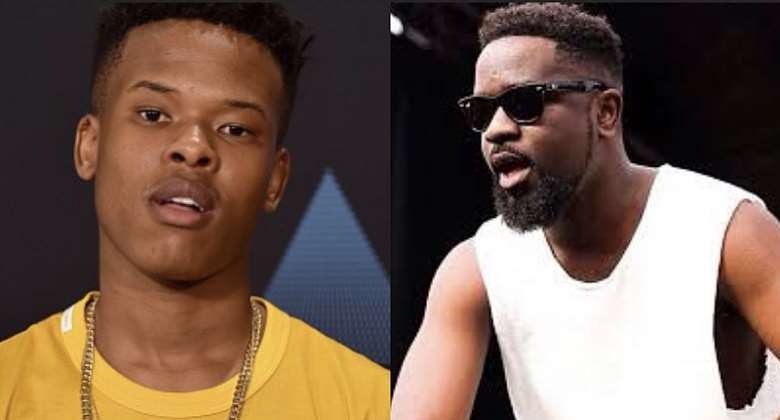 South African rap icon, Nsikayesizwe David Junior Ngcobo, known widely as Nasty C, has opined on why he always refuses to do a song with Africa’s most decorated rapper, Michael Owusu Addo, better known as Sarkodie.

He said the Ghanaian hip-hop giant disrespected him when he was an upcoming rapper.

On their first meeting, Nasty C says Sarkodie refused to shake his hand.

Freestyling on South Africa-based Metro FM’s "The Touch Down" show, the South African star revealed that he got irritated by that attitude and vowed never to have anything to do with Sarkodie when he finally gets to the limelight.

On that score, Nasty C revealed that he has received two feature requests from Sarkodie but has rejected them on the flimsy excuse of either working on an album or other things, despite being a fan.

“See, when I first met Sarkodie, he wouldn’t shake my hand…

“Cool, I’m not too proud to say I’m still a fan but I held a grudge and told myself to wait till I’m the man..” he said in a rap line.

Nasty C added that he is now gotten over that bitterness and is ready to honour any feature request Sarkodie will extend to him in the coming days.

“…But now I’m over that sh*t and he got all my respect. If he asked me to do a verse again, it’d be my hardest one yet” he promised.