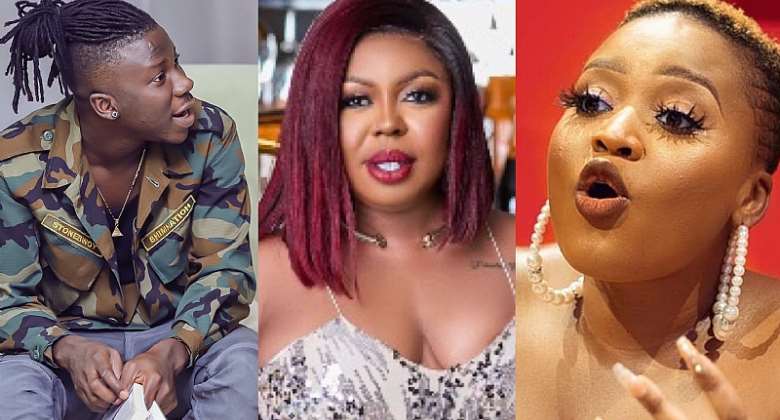 The Ghanaian reggae-dancehall musician got angry about the omission of some "better players" from the final 26-man squad announced by coach Otto Addo.

The award-winning dancehall crooner alleged that there are some players who, he claimed, should have been called but were rejected due to an alleged "pay to play."

He asks why the Ghana Football Association and coach of the Black Stars Otto Addo will select players based on money but not on merit.

The "Gidigba" hitmaker subtly wrote in a tweet a few moments after the squad was announced on Monday, November 14, that "There are players who are supposed to be in the squad who are not here because of #PayToPlay Ghana Football Association (GFA) why?"

Appearing on Accra-based UTV’s United Showbiz programme on Saturday, November 19, the celebrated journalist said it was not befitting of the musician to have made that comment.

According to MzGee, Stonebwoy commands a huge audience, which he could have rather used to sell Ghana positively and not in the negative way he did.

If the GFA fails to respond to the allegations, MzGee said it will mean there is an iota of truth in the post, which she feared even the international football community may have glanced over.

“When I saw the tweet, my heart skipped because Stonebwoy isn’t a small brand. What he wrote wasn’t only spotted by Ghanaians. People all over the world saw it. Even if these accusations are true, can’t we talk about it at home and not make noise about it? Now you have exposed our GFA to the entire world.

“FIFA is watching. You have exposed us to a bigger community. There is no proof to what he is saying. I'm waiting for GFA to come and respond because once they don't respond, then it means there is an iota of truth in it,” she stated.

Responding to the excerpt of the broadcaster’s submission on Instagram as posted by the official account of UTV, Afia Schwarzenegger argued that Stonebwoy’s assertion could be true due to what transpired at the erstwhile Anas football exposé.

“Did Stonebwoy Lied?? Didn’t we all watch the Anas GFA video…Madam drink water n keep quiet…Even FIFA self know say GFA is Corrupt!!!”, she wrote in the comment section.