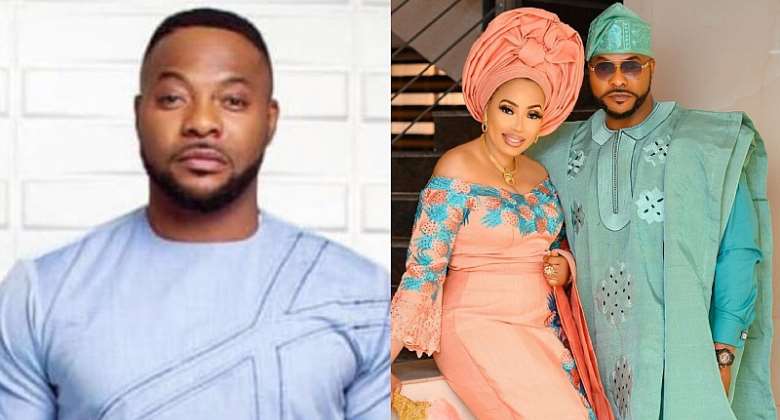 Ninolowo Bolanle, a Nigerian movie star has spoken about the difficulties he faced in his marriage as a result of infidelity.

He stated that while he was busy exploring different ladies with no regard for his wife, Mrs. Bunmi Ninowolo, the wife advised herself and began acting up.

“In an interview with Chude Jideonwo, a Nigerian media personality, the repented infidel admitted that he nearly lost his marriage while cheating, pursuing selfish dreams, and ignoring his wife.

“I needed to take time back to see what I had done to her. The years when I was feeling like I was still young and cheating all day, breaking her heart and everything, to the years where I wasn’t there and I was just pursuing my dreams, but I forgot that this was a human being that was taking records and taking experiences of her life as well.

“So, I became a person she didn’t recognize anymore, and I couldn’t even call her to pick up the phone,” he said.

According to him, he realised his mistakes along the way and did everything possible, including fasting, weeping and praying to God, which finally restored the good energy in his marriage.

“So, to get that restored, and to achieve that back, I needed to go back and start afresh, detox and clear everything that I have done.

“First, God. I prayed, I cried myself to God. I acknowledged everything I did wrong to God, not to her. I submitted myself and I did what God wanted me to do. If the spirit told me to prostrate and beg at that moment, then that’s what I did,” the actor intimated.

He added, “There is no generality in marriage; it’s significant and unique to people. My situation is different from your situation. If I have to crawl in the gutter to beg my wife, that’s what I’ll do. If something is valuable to you, you won’t lose it.

“There were hundreds of people trying to interfere in settling it, but it never worked.The day my God restored my wife and I, nobody was involved. It was just a phone call.”

Hottest Photo Reports
Catch up with all the political quotes from our politicians.
Advertise here
More from Couples/Break-ups
ModernGhana Links
Rita Dominic takes white wedding to England on November 26
What do men really want? – Fella subtly cry’s over Medikal’s cheating behaviour
My daughter will always be good, regardless — says Medikal as divorce looms
TOP STORIES