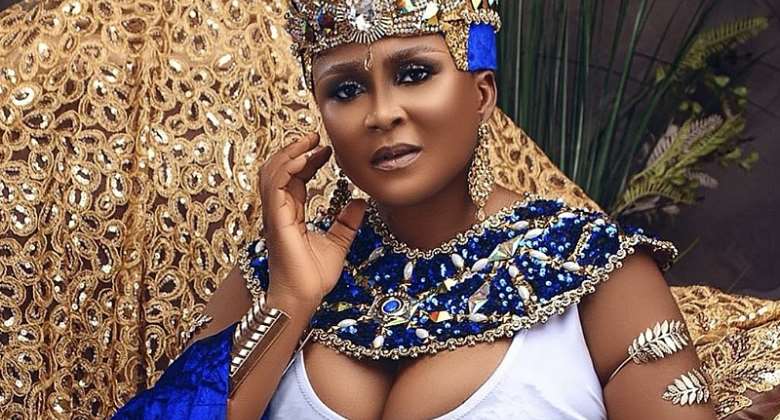 Celebrated Nollywood actress, Ruth Eze has given a different view about unfaithful partners.

Ruth, unlike other women, believes woman quitting her boyfriend for cheating is not the best way to go.

She holds the notion that every man is a cheat.

Instead of quitting the relationship, Ruth suggested women whose men cheat on them should sit down and have a healthy discussion to resolve their issues.

Speaking in an interview with Saturday Sun, she recalled that her father used to school her about the fact that men are generally polygamous and will mostly never stay with one woman—you only meet a faithful one when you're lucky.

“My late father told me that men are polygamous in nature but if you are lucky, you will find the one that will not rub it on your face. If I catch him cheating, it’s okay.

"We will sit down and talk about it because to be very honest with you, every man in this world cheats even Pastors, reverends Fathers too. My girlfriend used to say, “Ruth, your kind of mind is what is needed to go through this life,” she noted

She further gave a scenario to buttress her assertion. “There is no man that is faithful. You’d see a man who cheated a day before his wedding day.

“He was going to wed the following day and they caught him pants down with his girlfriend. I feel it’s their nature and I will not leave a man because he cheats but I will leave a man when I see that you are temperamental, violent, or toxic for my energy but if it’s cheating, I will not leave the man.”