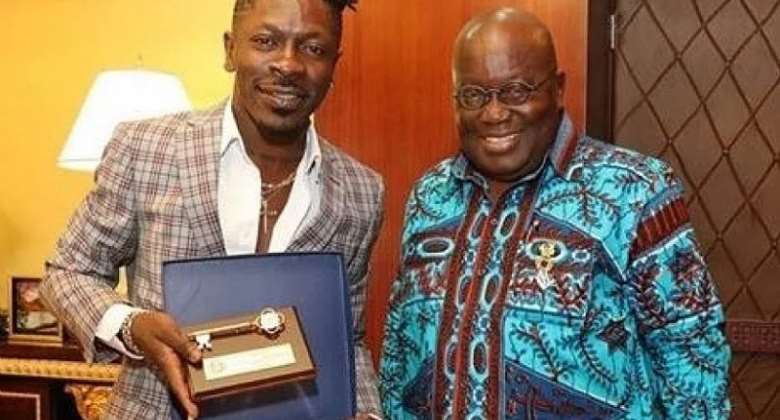 Dancehall musician Shatta Wale has taken a swipe at those who booed President Akufo-Addo at the recently ended Global Citizen Festival 2022.

In a viral video reacting to KT Hammond's statements about the youth who booed the President, Shatta Wale said KT Hammond is not entirely wrong for saying the youth cannot rule the country.

According to him, the lawmaker is right in some aspects.

''KT Hammond is seeing the youth like you said the President is not doing anything, the President has come to Independence Square can't you fucking sacrifice yourself for the country too like how Shatta Wale sacrificed himself to go to jail so that the President will stop behaving foolishly in this country you are there and saying away,'' he said.

Shatta Wale continued ''Foolish boys wey you dey crowd inside, you too take knife cut the President make they understand say you want to change something.''

On September 24, the President was booed by the youth while delivering a speech at the event.

Latest Photo Reports
Catch up with all the political quotes from our politicians.
Advertise here
More from Industry News
ModernGhana Links
I will henceforth accept Sarkodie’s feature requests if he asks — Nasty C end grudges
Sarkodie refused to shake my hand — Nasty C on why he rejects rapper’s feature requests
Sarkodie is no more a talent but talent enabler – Baba Sadiq lauds rapper for supporting newbies
TOP STORIES