Video of late Ekow Blankson from hospital pops up 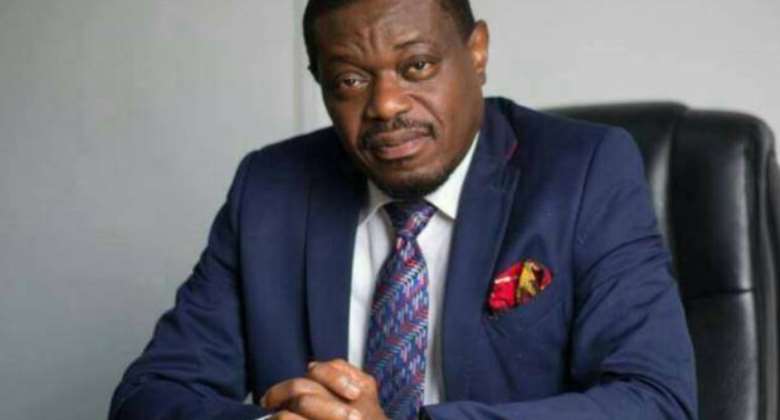 Latest video in circulation shows late actor, Ekow Blankson in the hospital interacting with a nurse.

In the video, Ekow who was wearing a white African print attire, all smiling, could be heard telling the nurse that he needs to take a video to show that he is in the hospital.

DGN Online gathered that he recorded the video on Sunday for a lady on the set of a new movie he was supposed to be on that day.

He sent the video to her to prove his inability to be on the set at that moment. The video has gone viral following reports of his death.

Ekow died early Monday morning at an unnamed hospital in Tema. It is yet to be confirmed what happened.

It is being over 24 hours since reports about his death have gone viral. However no communication from his family to explain the numerous questions his followers have been asking about what caused his death.

Until his death, he was working as Commercial Manager at Ghanaweb.

Ekow was also a great and fine actor and known for his roles in movies such as 'The Intruder', 'Diary of the Black Hustler', 'The Saga', 'Total Exchange', 'A Woman's Desire', In April, Checkmate and 'Frozen Emotion' etc.

He started acting from church and has been acting since 1988.

Working as a presenter in 1995, he hosted the music programme I Want to Know You on Radio Universe.

Then in 2005, he was made the general manager of Luv FM and Nhyira FM, all under the Multimedia Group.

Before that, he was the customer relations manager for Adom FM and a part-time lecturer at the School of Performing Arts, University of Ghana.