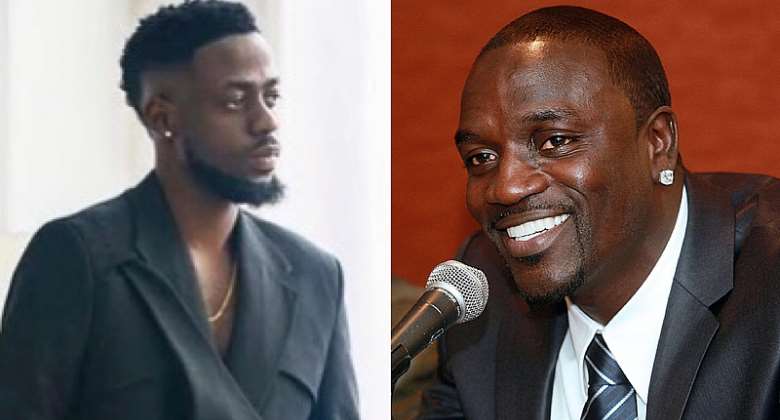 Noble Zogli, a Ghanaian-American singer, record producer, sound engineer, and entrepreneur known in showbiz as Neptunez, has made a significant transition into the management team of Senegalese-American singer Akon's Konvict Kulture label.

After joining the label, the global icon will now oversee the talented disc jockey and singer's affairs and guide him to the successful career he deserves.

Already, the astute producer has made a huge impact in the global music industry by producing beats for legends such as Lady Gaga, T-Pain, Wizkid, P-Square, Davido, French Montana, David Guetta and DJ Khaled.

Akon after sealing the deal with Neptunez, said; “I’m honoured to be able to add Nektunez to the KONVICT movement”. I’ve never met a more humble, hard-working, and talented producer like Nektunez. I was even more impressed by his artistic talents! He represents the new Africa and I’m determined to show the world his contribution to the beautiful sounds of Afrobeat and Amapiano.”

Neptunez added in a social media post “Only God Controls My Destiny.”

After his Ameno Amapiano (Remix) became a household moniker for many music enthusiasts, the artist made a tremendous entry into the music scene, reaching the number 7 spot on the Afrobeats US Billboard charts with his sensational music.