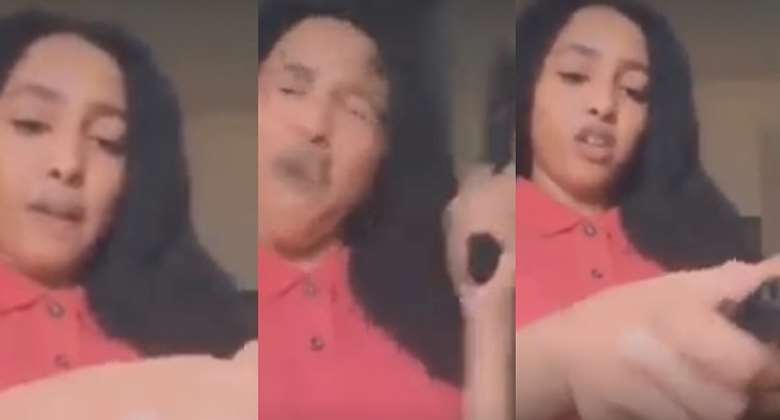 For several decades now, the emergence of phones has either contributed to a person's success or doom.

This attitude stems from the invention of several software applications, and Tiktok, after being invented and introduced by the Chinese, has been no exception.

Ladies today will go to any length, deadly or non-lethal, to make their videos look nice and attract more likes and views on Tiktok.

Unfortunately for a lady whose life was almost shattered by herself in a viral video, she unknowingly pressed the trigger of the gun, which was already loaded with bullets.

Luckily for her and a little child who is seen in the video, the gun was slightly pointed away from the child and the lady’s head after it was fired.

Left in shock, the lady, together with the little child, is seen wandering in the room with probably no knowledge of how they were able to escape such a deadly and terrible occurrence.