Wizkid was born a superstar, no doubt — Akon 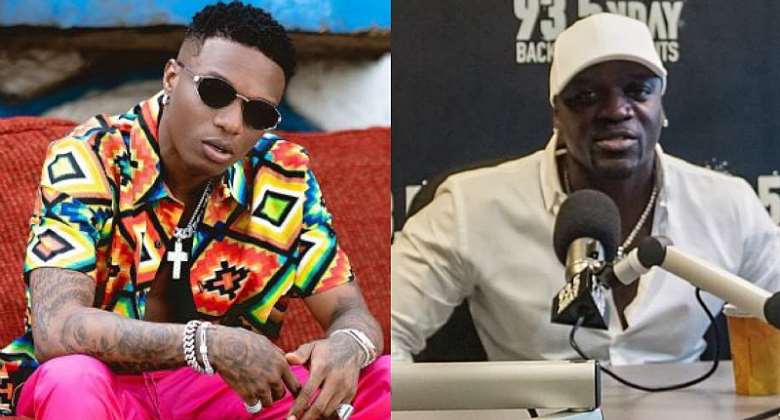 Akon described Wizkid as a superstar whose uniqueness is God's gift.

Speaking to the American-based Shade 45 show host, Sway, he further intimated that Wizkid is someone who takes his time and releases songs at considerable moments.

"Wizkid is just a Superstar….Like he is a superstar….He’s one of those guys who wanna put out one record in a year and record in the last whole year….He’s just a born star without a doubt," he hailed.

He described his style as a beast with the swagger of both Nigeria and Ghana, carving out a distinct niche in the music industry.

"I’m loving how Burna Boy is moving right now. Burna is killing it and it is interesting….Burna is one of the most, that guy is a beast, he is killing it because he coming with a swag of Nigeria and Ghana. He represents the level every artist needs to be representing," he stated.

About Davido, he said in his time at his old record label, Street Record Corporation (SRC), that then-upcoming Davido wanted to be a rapper, but he advised him to focus on Afrobeat, which he listened and now reigns as one of the best Afrobeat artists.

2023 budget: Expenditure cuts are just a recycle of broken p...
6 minutes ago