My costume can pay your rent, buy a house and a car — Stonebwoy brags 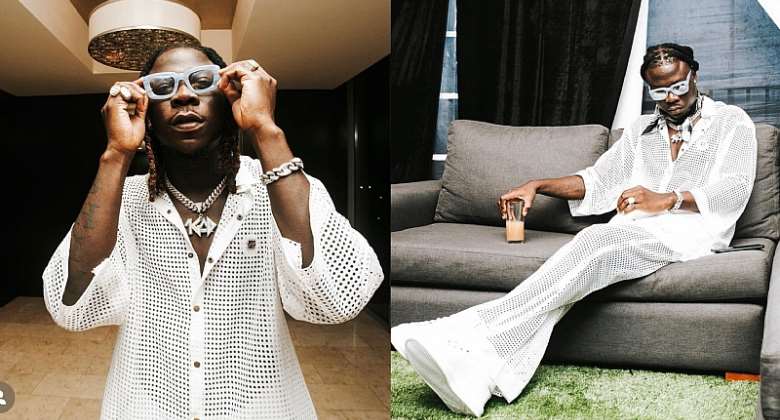 The Ghanaian reggae-dancehall act Stonebwoy, who gave an electrifying performance at the just-ended Global Citizens Festival, has revealed the price of his costume.

According to the CEO of Burniton Music, his shades, chains and attire will be enough to buy a house, rent a house, and even buy a car if converted into money.

Giving a breakdown in a short video recorded by TV3’s female broadcaster, Cokie Tee, before mounting the stage for his performance, he said, "Your rent, your house, your car," pointing to his shades, chains and designer clothes respectively.

The Global Citizen Festival is an annual music festival in which attendees can earn free tickets by taking action to end extreme poverty.

The event, held in Accra, Ghana, aimed to bring together artists and world leaders in order to achieve a policy agenda focused on empowering girls and women, defending the planet, and effecting change.

You’ve been a dependable husband – Lordina celebrates Mahama...
43 minutes ago