Why use my song to promote your show, I will sue you — Okese1 threatens Global Citizens festival organizers 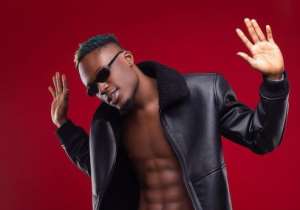 Born Afrane Frank, known by his stage name Okese1 has been angered by the Global Citizens Festival organizers.

The hip-hop artist has complained that his "Na Today" hit track was used to promote the show on Saturday, September 24 without his consent.

The outraged rapper, in a deleted tweet, complained about being sidelined by Ghanaian industry players, particularly those who were part of the event organisers.

He said he is preparing to file a lawsuit against them for using his intellectual property at the Black Stars Square prior to the event that night without his approval.

“So who was that actually performing Na today at the Global Citizen Show … Y’all blackball me tryna hide me n still use my songs to promote yo Shows!!!! We had no contract No settlements made!!! I’m suing y’all,” he threatened.

The Global Citizen Festival is an annual music festival in which attendees can earn free tickets by taking action to end extreme poverty.

The event, held in Accra, Ghana, aimed to bring together artists and world leaders in order to achieve a policy agenda focused on empowering girls and women, defending the planet, and effecting change.