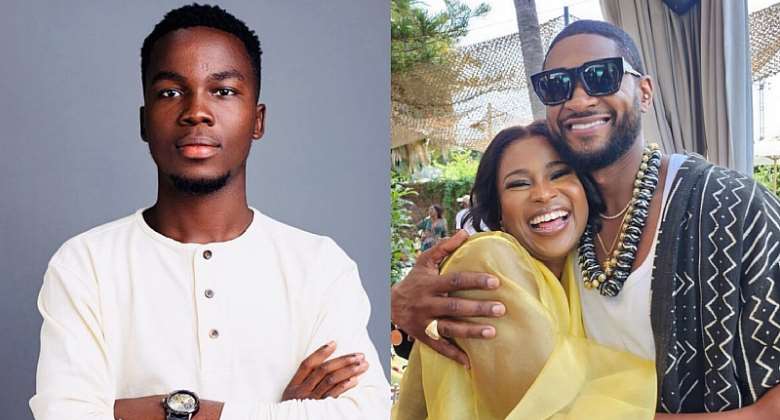 Albert Nat Hyde, better known as Bongo Ideas, a controversial social media critic and blogger, has mocked a Ghanaian female media personality for wishing to marry Usher Raymond before he leaves back to the United States of America.

According to Bongo Ideas, the desperate Berla Mundi wouldn't have minded using her own money to sponsor the proposed wedding if the American R&B musician had accepted it.

In a tweet on Monday, September 26, spotted by Modernghana News, he wrote, “Berla Mundi would even have agreed to pay for the entire wedding if Usher had accepted her proposal. The desperation in her eyes was real.”

This comes after the charming American R&B singer Usher Raymond swept the Ghanaian female media personality off her feet.

On the day after the show, on Sunday, September 25, fans of the headline artists were given the opportunity to interact with their idols, and Berla was able to catch Usher.

In a video posted by GhPage on Instagram, she identified herself as a die-hard fan of the global icon and engaged in a nearly minute-long conversation with him.

In her final words, the event's hostess said, "Let's have our wedding here before you go," which was met with laughter from both parties.