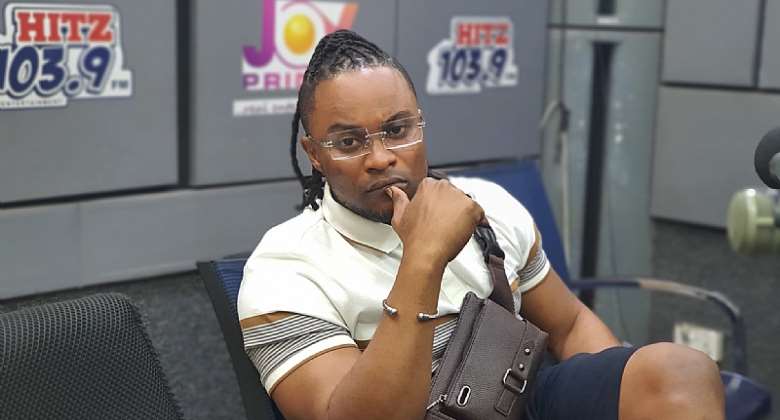 UK-based Ghanaian Afro-gospel artiste Joseph Matthew has recently been named the most knowledgeable entertainer in Ghana.

Ever since Joseph Matthew shot into the gospel music scene in 2019, he has not only released impressively produced songs such as 'Nyame Ye', 'My Story' 'The Name' and Blessed but has also distinguished himself as an artist with magnificent communications prowess.

Apart from hiking out world-class songs, the ‘Blessed’ hitmaker has received praise from entertainment pundits, showbiz enthusiasts and other well-meaning personalities like popular powerful man of God Eagle Prophet and a former management member of Asante Kotoko, Nana Kwame Dankwah over his communication prowess.

It would be recalled that speaking on Adom FM, Joseph Matthew revealed that though he is a gospel musician, he is not a Christian.

This pronouncement created massive controversy within the public domain.

According to the Eagle Prophet, even though he doesn’t side with Matthew, he sees him as a very knowledgeable entertainer.

However, Nana Kwame, who is currently the head of Sports at Hot 93.9FM expressing his view also revealed that he has listened to many Ghanaian entertainers speak but listening to how the ‘Nyame Ye’ hitmaker explained why he made such a pronouncement, "I can boldly say Joseph Mathew is the most knowledgeable entertainer we have interviewed on this show."

Watch the video of Nana Kwame's submission below:

Gov't will continue to invest heavily in Free SHS programme ...
8 hours ago

Labour won't sacrifice for your unwillingness to sacrifice —...
11 hours ago