We don’t mourn musicians like Nana Ampadu; we celebrate them – Speaker Bagbin 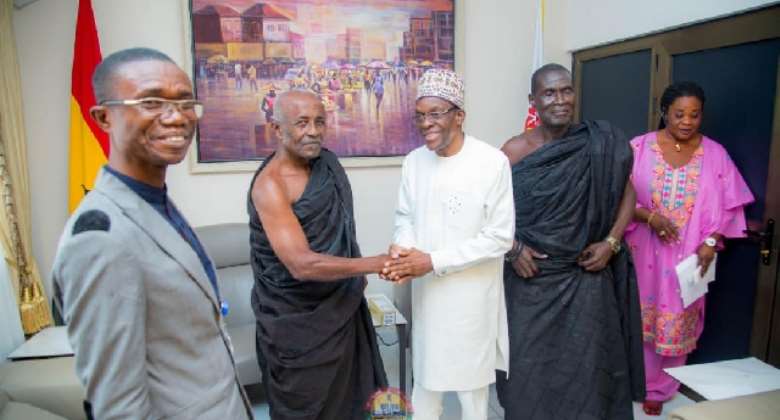 The family of the late Nnwomtofohene Nana Kwame Ampadu has officially informed the Speaker of Parliament Alban Bagbin of his final funeral arrangements in Parliament.

“We don’t mourn musicians like Nana Ampadu; but rather, we celebrate them”, Speaker Bagbin said as he welcomed the delegation to Parliament.

The Speaker eulogized the veteran singer for his story telling artistry and dancing techniques which, he believes had contributed greatly to the development of Ghana’s music industry.

He called on the Musician Union of Ghana (MUSIGA) to write the lyrics in his songs as well as identifying the quotes for future references.

Kofi Attoh, Speaker’s Adviser and a former Member of Parliament for Ho West, called for the need to include the study of Nana Ampadu’s songs at the various universities, since he believes this initiative when considered would keep his legacy alive.

The Highlife legend passed on at age 76.

According to his family, he will be laid in state on Friday, 7 October 2022, at the Forecourt of The State House, Accra then conveyed to his hometown at Obo- Kwahu in the Eastern region for interment and final funeral rites on 8th October, 2022.