Jackie Appiah holds party for RMD, Juliet Ibrahim, Efya and others in her plush mansion 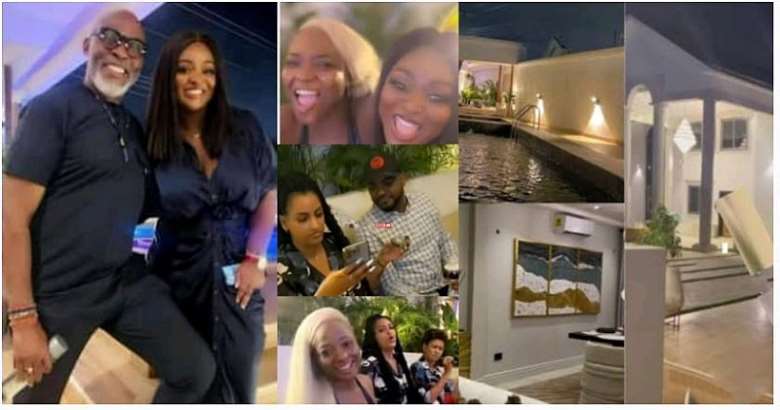 Legendary and celebrated Ghanaian actress, Jackie Appiah entertained some of her fellow colleagues and friends in the movie industry including Nollywood stars.

In a video sighted on Instagram, they were having fun, eating and drinking at Jackie’s house. They can be seen singing and downing alcohol in a video that has surfaced on social media.

They took turns in karaoke sessions and also listened to some music by Efya who was also present in what appears as a house party.

Their meetup on September 19 was enjoyable and undoubtedly calming. We don’t know if they got together for work or just to relax and unwind, aside from the enjoyment.

During the album launch for Duncan William’s daughter Elsie Otoo, Jackie Appiah had the opportunity to meet the man of God.

Due to her popularity in Ghana, the man of God gave the actress extra attention. However, Jackie treated Duncan Williams with the utmost respect.

2023 budget: Expenditure cuts are just a recycle of broken p...
16 minutes ago