After praying for your success, even thank you has been a problem — Nigel Gaisie jabs 'ungrateful' Fameye 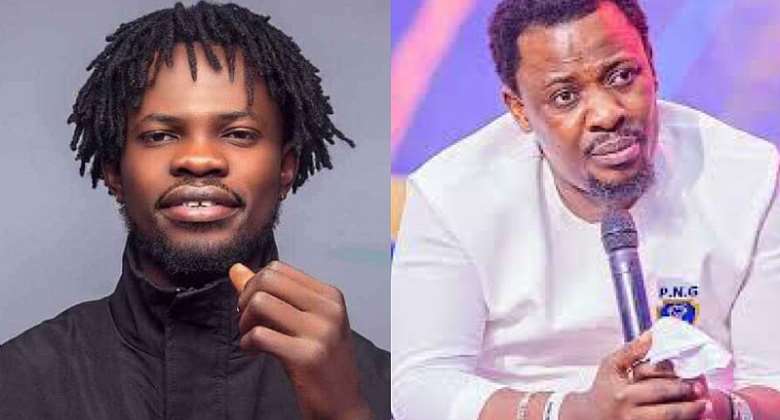 The founder and leader of the Prophetic Hill Chapel, Prophet Nigel Gaisie, has lambasted musician Fameye for being "ungrateful."

The man of God claimed to be the spiritual pillar of the former Dome-based artiste, said he was ignored after Fameye found fame.

In a birthday wish for Fameye on Facebook on Monday, September 12, spotted by this portal, Prophet Nigel Gaisie expressed his disappointment adding that coming back to say thank you Lord has even become a problem for the "Praise" hitmaker.

“I prayed for him to be big by the mercies of God coming back to say Thank you, Jesus, bless you a prophet of God is EVEN A PROBLEM,” he wrote

He continued that he wishes Fameye will remember the importance of giving praise to God for his protection as he celebrates the end of another year.

“It’s your birthday, I pray for you that you will give God his due and appreciate the people who as it were helped you on your way to becoming who you are now Fameye… PNG” his post concludes.