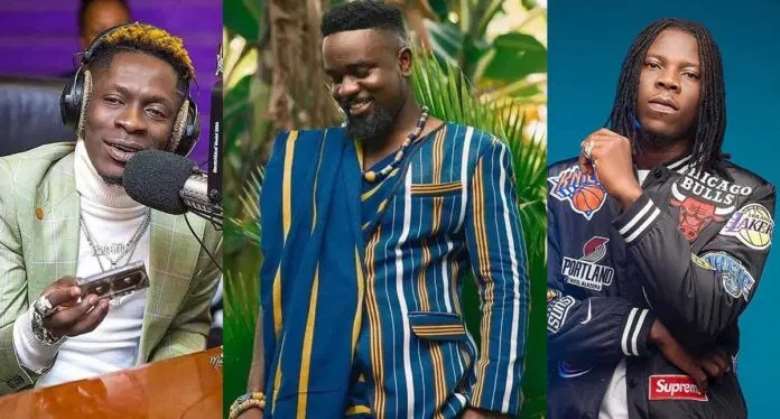 Shatta Wale has rallied for togetherness between fanbases following recent proclamation by Sarkodie which he felt aligned to.

Taking to his Twitter page not too long ago, Wale said he wants all fans of mainstream artistes such as Black Sherif, Stonebwoy, Shatta Wale, Medikal and Sarkodie to come together to form a formibable force so they won’t be taken for granted.

“SM ,BHIM,SARK ,BLACKO,MDK fans let’s all use this opportunity and capitalize on what sark and let’s stop all “this one is better than this” ..we are wasting our time..period… I am for the truth ,no lies ❤️”

His post comes after Sarkodie went on the offensive in a recent interview premised on the constant trolling he is sometimes subjected to by music fans who complain that despite his supremacy locally, he and most mainstream artists like Shatta Wale do not make waves internationally as compared to their Nigerian counterparts.

The boss of the Sark Natives has observed that some radio personalities have also joined the bandwagon by slamming them for being local champions and not spreading their tentacles.

Responding, Sarkodie emphasized that local radio presenters have no moral right to criticize artists over the foregoing when they equally have their fame grounded within the confines of Ghana only.

“It is easy for someone to sit on the radio and say that Shatta Wale or Sarkodie didn’t do this or that. I know that we the artists have things we should do because every time there is a step but if you are on a Ghanaian radio for close to 20 years and you’ve not moved to a platform like Choice or BBC, I don’t think you have the moral right to talk about Ghanaian artistes who have not moved,” said Sarkodie recently in a video.