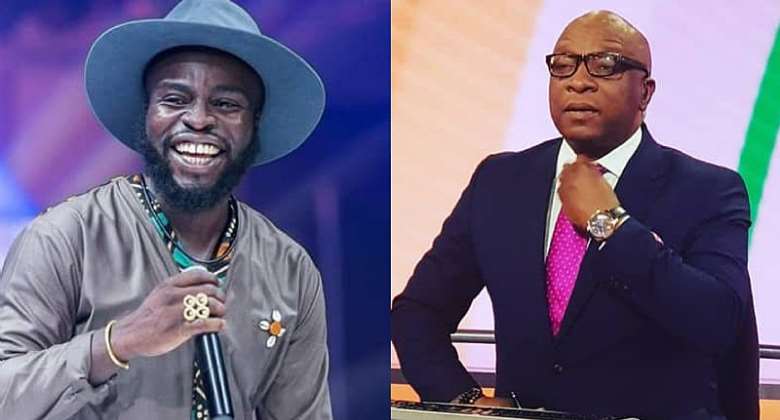 One of Ghana’s and Africa’s most talented rappers, Born Kwame Ametepee Tsikata, widely known as M.anifest has earned some praise from a popular BBC news anchor, Peter Okwoche.

The veteran journalist, in his opinion, ranks the rapper as the best lyricist on the African continent.

The award-winning rapper's five albums, according to Peter, have content that seeks to impact youths positively and provide motivation for the African continent at large.

“His five albums have been described as carefully and craftily worded poems to youth and personal development, and a social commentary on African and world affairs,” the broadcaster said.

He questions the inspiration behind M.anifest's thoughtful lines in his rap music in his Friday, September 2 BBC World News edition’s interview with the eminent rapper.

“For a few shows at the moment and when he dropped by our studio, I began by asking him what he uses as his muse to write?”

“My muse, It evolves over time but definitely, it’s taking the world in. Whether it’s through reading, listening watching, speaking, that’s constantly my muse. Sort of interacting with the world actively,” M.anifest reflected.

He added,“And also being an active knowledge seeker.”

The popular International broadcaster concluded by asking “so it’s all about positivity for you and how to grow yourself into a better person.”

You’ve been a dependable husband – Lordina celebrates Mahama...
20 minutes ago