Amsterdam DJ: From football to Disc Jockey, the story of Dennis KB 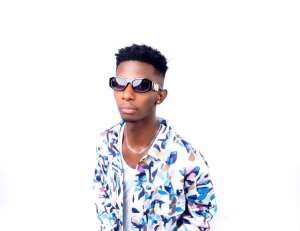 Amsterdam Dj, the Casanova Disc jockey Redefining Disc jockey in North and beyond. From Football to music, a few has been able to transcend form the most lucrative and fun to following a passion.

Amsterdam Dj, sudden turn of life from Football where he is the best at to becoming a DJ is quite remarkable and surprises many.

Born Dennis KB, known for versatility on the pitch with ball and transcending to music may have come as a surprise to many who probably believe the next Muntari, Wakaso for Ghana but here we are superstar in music dazzling us with best of selected tunes from around the world.

Getting featured on the Grace album

Being a DJ to a fast-rising Star penetrating the music scene equally puts you in a spotlight and sure Amsterdam Dj is blessed to be the personal DJ of sensational and versatile artist Fad lan.

Performing and sharing stage with top notch musicians from Ghana, Nigeria and Africa alongside Grammy nominated artist Wizkid is more than a blessing.

First Dj from the north to release a mixtape on digital platforms thus apple music, Spotify, boom play and all other relevant digital music stores unlike the "others"

Literally changing the narrative of being just the traditional DJ to releasing of mixtapes and track is a Redefining moment for his colleagues who would otherwise concentrate on occasions and otherwise.

A dive into three incredible Mixtapes from the versatile Dj

Taking a trip back to when the Asaaka boys suddenly dominated the airwaves from Oseikrom, Kumasi to the Globe and the coming into being of the slang "Kumerica".

The made in kumerica mixtape featured the most listened-to and hot drill and trap music at the time of release featuring Jay Bhad, Yaw Tog, O'keneth, king Paluta etc.

The mix starts with an ascending beat by kumerikas hit track “Akata fuo” as an opener and the usual signature from Amsterdam Dj to a rising and more seductive trap music to “sore” by Yaw Tog and leaving you to taste for more with city boy and king Paluta verse on kumerica track accompanied by the sounds of somewhat like jama sound.

Fad lan Young bull (President of the street) dominating the radio, Tv and digital world with hits after hits certainly is a choice for many Disc jockeys across Northern Ghana and beyond.

This mixtape had all the jamming tracks from Fad lan Young bull a collective piece you definitely should bless your ears with.

From South Africa to the globe, studying and analyzing the best tracks out of thousands of releases to shadow down to the best is only done by a genius and top notch Dj.

The viral Sister track which still bangs everywhere and always keeps people from the young to the elderly singing along is a bigger achievement beyond satisfaction and acceptance into the scene.

You need not to be told about this mix the name and flyer above give a hint of what to expect from the versatile Dj.

This mix features Grammy nominee Wizkid, Tiwa Savage, Kelvyn boy and the romantic singers Patoranking and King Promise spanning for 2 hours of listening, it sinks the soul deep into the music universe making one stand tall and you definitely would be asking for more tapes.