Tinny didn’t try for insulting Stonebwoy, what Stonebwoy did was very intelligent - Bulldog 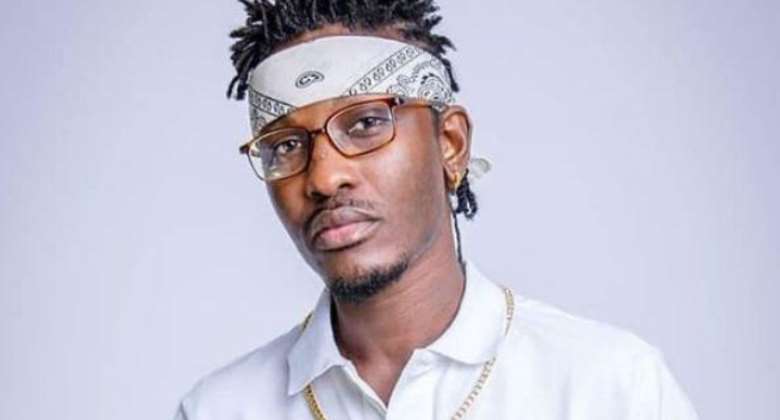 Artiste Manager, Lawrence Nana Asiamah Hanson aka Bulldog has said rapper Tinny did not do well in his recent comments insulting fellow musician Stonebwoy and that he is a “fool.”

Earlier this week, Tinny, went berserk while revisiting a report that Stonebwoy settled his GHS2,000 debt to retrieve his confiscated car.

This was after, an upcoming artiste and event promoter, Yaw Menkasa called out Tinny for refusing to refund GHS2,000 paid to him for a Valentine's Day show at Worawora Afariwa Loungeon, which he failed to show up.

The promoter, in an interview on Hitz FM, remarked that “Tinny told me he can't pay the money so he has decided to use his car as collateral. I couldn't drive the car to my house, so, I suggested we go to the Taifa Police Station for them to seize the car until I get my money and he agreed.”

Stonebwoy, when he heard of this during the same interview, voluntarily offered to pay his senior colleague's supposed debt.

When Tinny was interviewed on Okay FM on Monday he registered his displeasure with the Incident indicating it is a huge disrespect to him.

According to him, he is not happy about Stonebwoy's willingness to pay the money without reaching out to him to verify.

He, therefore, went on to tag Stonebwoy, Prince Tsega aka Da Don and Merqury Quaye, the presenters of Hitz FM who were discussing the alleged money Issue before Stonebwoy came into the studio as “fools.”

Several Ghanaian have criticised him for the comments.

Speaking on Hitz FM On Thursday Bulldog said Tinny could have handled the issue differently.

He suggested his response to Stonebwoy, in particular, was unfortunate.

“I don’t think Tinny has a relationship with Da Don and Merqury. However, calling them fools was just over the top. That was uncalled for. Stonebwoy wasn’t part of the fools. He was just trying to quench the fire,” he said.

“Tinny didn’t try. He should not have…what Stonebwoy did was very intelligent. He walks into a conversation; he feels that who is this…so he wanted to cut the matter short. Oh, he will pay. I think Tinny should have just viewed the issue from that angle. I will never support Tinny for insulting Stonebwoy. He didn’t do well,” he added.