Tinny beefs Stonebwoy: Blame the presenter and the station and apologize to Stonebwoy - Captain Planet 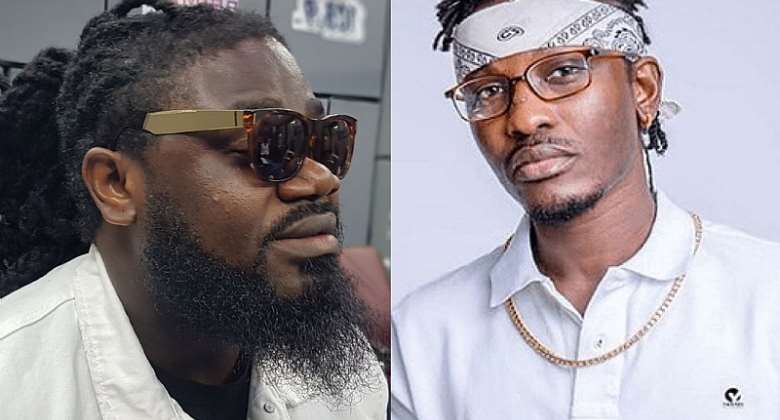 Captain Planet of the 4x4 musical group, born Jeff Sylvanus Dodji, has jumped to the defence of Stonebwoy's following the insults by veteran rapper Tinny.

A few days ago, Tinny was filled with emotions when responding to an incident where an event organizer accused him of fleeing with his GHS2,000 without performing at a show he was billed to perform.

According to the show promoter by name, Yaw Menkasa, Tinny allegedly charged him GHC2,000 to headline his show in Worawora, Oti Region in May but failed to show up.

In the heat of the discussions on the Accra-based Hitz FM, Stonebwoy badged into the conversation where he was scheduled to appear in that same interview and upon hearing the reports, offered to pay the event organizer to let everything slide.

But Tinny took offence to the kind gesture from Stonebwoy in an interview on the Accra-based Okay FM. He described it as disrespectful and called Stonebwoy "foolish" for not listening to his side of the story first before offering to pay the purported debt.

“I saw it as just a bunch of fools, a bunch of idiots who had gotten the opportunity to be on radio. Merqury Quaye is number one, the toppest idiot. The other guy who was also speaking was also a fool.

“And I wasn’t expecting my colleague Stonebwoy to also be a fool. Stonebwoy also joined the fools to be a fool,” Tinny said with anger.

In response, Captain Planet in a series of tweets sighted by Modernghana News has directed Tinny to apologize to Stonebwoy and blame the presenter, Merqury Quaye and Hitz FM.

According to him, the station should have called Tinny and asked for his side of the story before going on air.

“The presenter and the radio station were WRONG for not calling tinny to verify first and allowed the guy to embarrass tinny live on air. They should apologize to tinny and tinny too should apologize for calling stonebwoy a fool. Stonebwoy was just a good samaritan helping his guy,” said Captain Planet.

More from Industry News
ModernGhana Links
The gold in filmmaking more than the mining sector, ours is inexhaustible - David Dontoh
I will play my part to win Ghana a Grammy Award — Black Sherif
Baba Spirit’s funeral slated for November 19 at Arts Centre
TOP STORIES