Shocking: Netizens blame baldness on too much Gob3, lack of breast milk 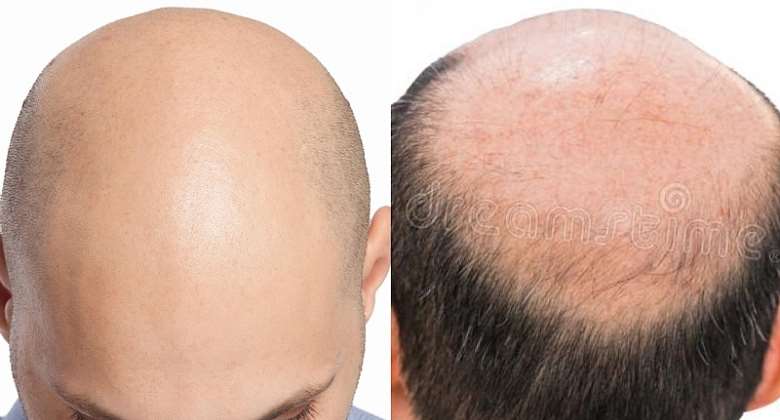 A file photo of a bald hair

According to some Twitter users, it is one of the reasons why baldness (having a completely or partially hairless scalp) is on the rise in the country even though that cannot be medically proven.

This follows Miss Berlinda Addardey, also known as Berla Mundi, a popular Ghanaian media personality question that," I noticed a lot of young men are going bald. What's the problem? "

After the post seen by Modernghana News today, Wednesday, August 17, many Ghanaians further expressed their shocking opinions about what they think causes baldness.

While others believe it is caused by 'Gob3', others also think it's more of the desire to look good to be appointed into higher offices in the country.

Jr+ wrote, “We wanna look old for jobs because the 60yrs people are still in office.”

Most shockingly, Don rather thinks, it is the “Lack of Breast milk oo… the ladies are starving us hmm.”

On a deeper note, some medical experts believe that the causes of baldness may be due to heredity, hormonal changes, other medical conditions or even ageing.

Hereditary hair loss with age, on the other hand, is the most common cause of baldness.

It can happen to either gender, but research shows that men are more prone to it. It is commonly defined as excessive hair loss from the scalp.