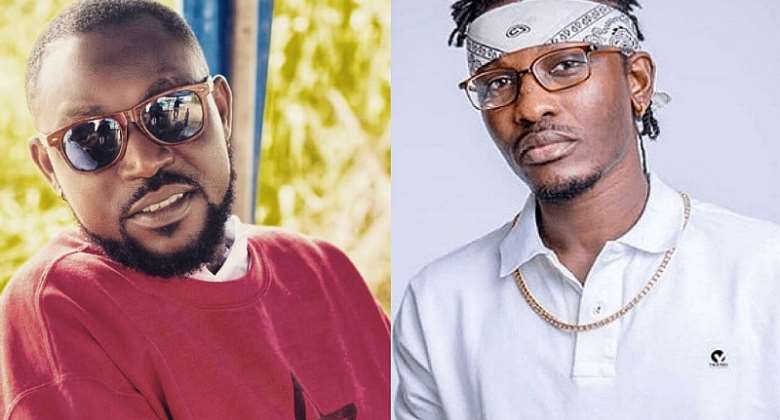 Tinny, who is known in private life as Nii Addo Quaynor has issued a stern warning to Yaa Pono not to ever insult him again.

He alleged the Tema-based rapper, who happened to be his family friend, once used the word (fuck) on him.

Despite replying to him at the time with a diss song, he revealed on the Accra-based Okay FM, monitored by Modernghana News, that he would beat Yaa Pono should he ever repeat such an attitude towards him again.

“He used the F-word for me in a song and this is a record that is for life. I don’t understand why he would use such word on me. I just dropped a diss track for him so he will understand that my way is different,” he said.

He continues “I felt what he did wasn’t right because we had a very good relationship. He is my family friend so I didn’t expect that from him. The next time he uses such a word on me I will beat him because he can’t be playing with me.”

Since releasing "Balang Bajodoh," Ga-dominated rap music in 2020, the Osu-born rapper sensation has been off the radar.

However, he has been spitting fire since resurfacing this year, attacking industry players such as Stonebwoy and Hitz FM’s Mercury Quaye.