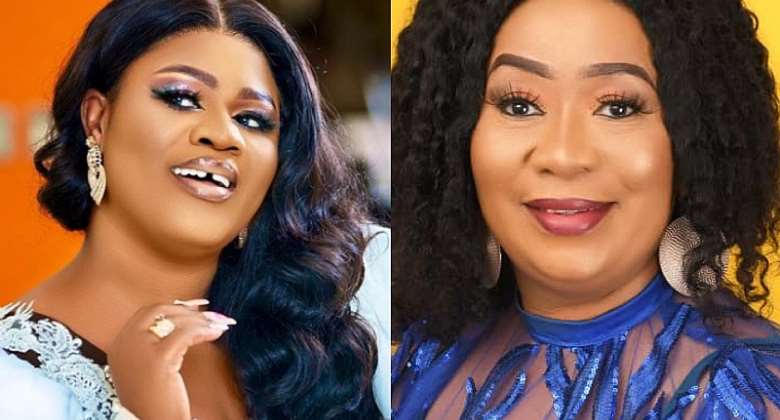 Obaapa Christy is set to celebrate his 20th anniversary in the gospel industry and in preparation for the event, she has disseminated a list of artists who will grace the show.

Stella Seal happens to be one of the frontline performers whose pictures were embossed on the flyer.

But according to her, she wasn't notified of such an arrangement, nor was her management aware of such an event.

In a Facebook statement, sighted by Modernghana News on Sunday, August 14, she registered her displeasure, stating: “DISCLAIMER: It has come to the attention of the management of Stella Seal Ministries that a highly publicized flyer which includes our artist, Stella Seal, is circulating regarding an upcoming Obaapa Christy Anniversary celebrations.

“We seek to tell all lovers of this ministry that Stella Seal and Management has no knowledge of such an event.

“We disassociate ourselves from the event and insist that the management of Obaapa Christy do the needful…” the post ended.

Meanwhile, Obaapa Christy, the event organizer, is yet to explain why she included her colleague musician’s name on her upcoming show without her consent.